In the late 70’s and early 80’s Windsor Locks High School played in a conference of much larger schools with storied athletic traditions.  But in spite of the stiff competition, or perhaps because of it, Wendy Davies distinguished herself as an all-conference and an all-state basketball player, earning a scholarship to play Division I basketball

at the University of Hartford.

She was also a four-year starter on the varsity field hockey team and was named to the all-conference field hockey team her senior year.  In alternate years at WLHS, Wendy played tennis and ran for the track team, qualifying for the state championships in both sports. 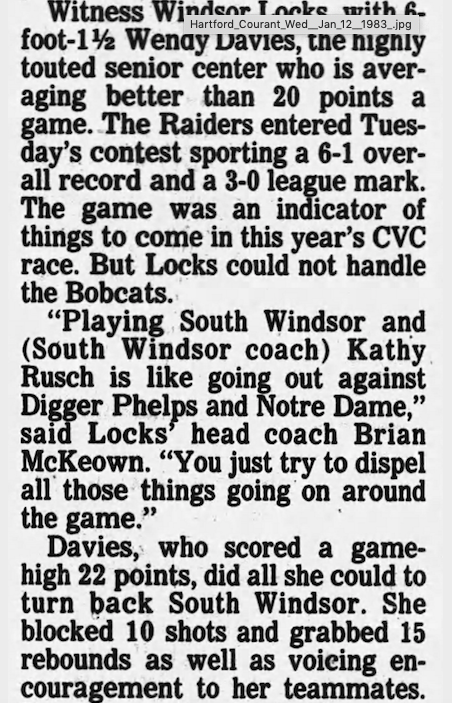 In her senior year she was the captain of both the basketball and field hockey teams.  Wendy excelled in the classroom at WLHS; she was inducted into the National Honor Society and was awarded a scholarship for the high school athlete with the highest grade point average.

While at the University of Hartford, Wendy was a two-time captain of the basketball team.  She ended her career as the second leading scorer in school history with 892 points, second in blocks with 82 and first in rebounds with 629.   During her freshman year alone, she scored 335 points and collected 157 rebounds.  She is one of only 11 members of the U of H 500 point, 500 rebound club.  She received the ECAC Medal of Merit awarded to students who combine athletic and academic excellence.   In 2008 she was inducted into the University of Hartford Athletic Hall of Fame. 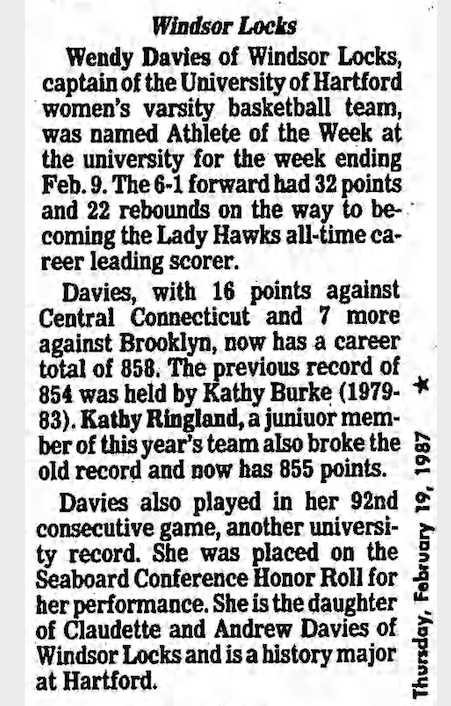 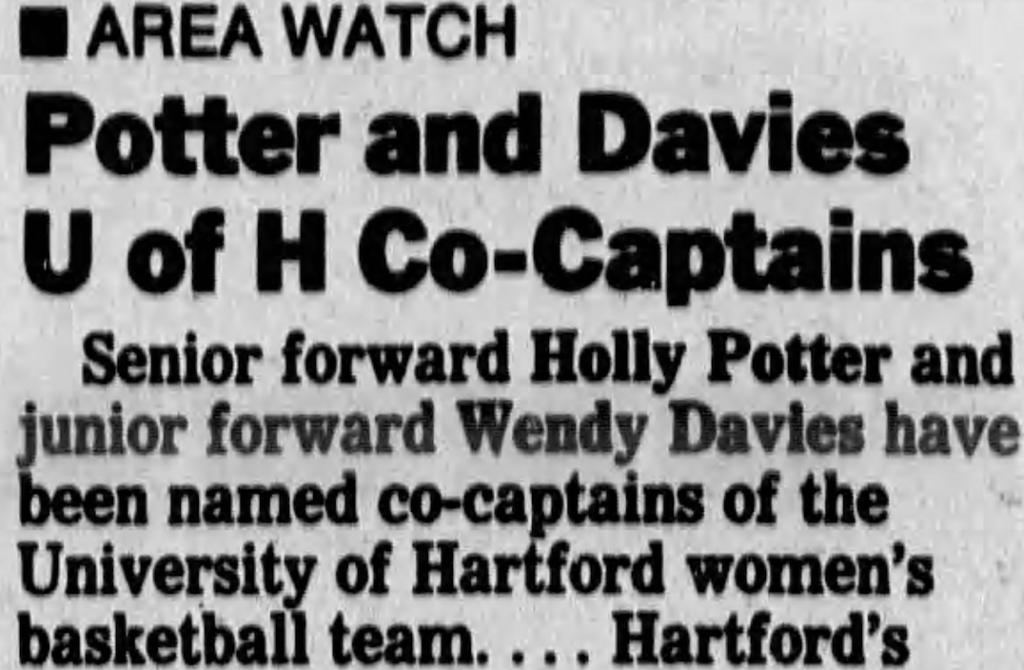 After graduating with a degree in history from U of H, Wendy attended Western New England School of law.  She practices family law in Hartford and has received recognition for her work on behalf of abused and neglected children from Lawyers for Children America. 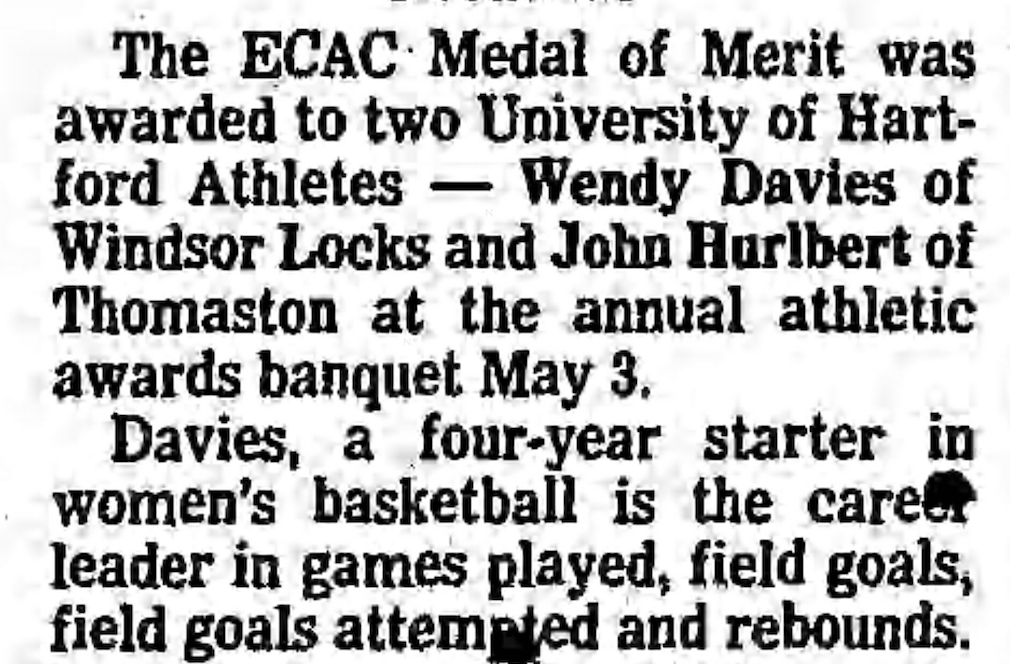 Wendy’s husband, Robert, is a member of the Naugatuck  Athletic  Hall of Fame.   She is the mother of three girls, all of whom are active in sports in their hometown of Cheshire.  Her playing days over, Wendy has stayed close to basketball by coaching her girls’ travel teams.  She also volunteers as a Girl Scout leader and a member of the PTA.