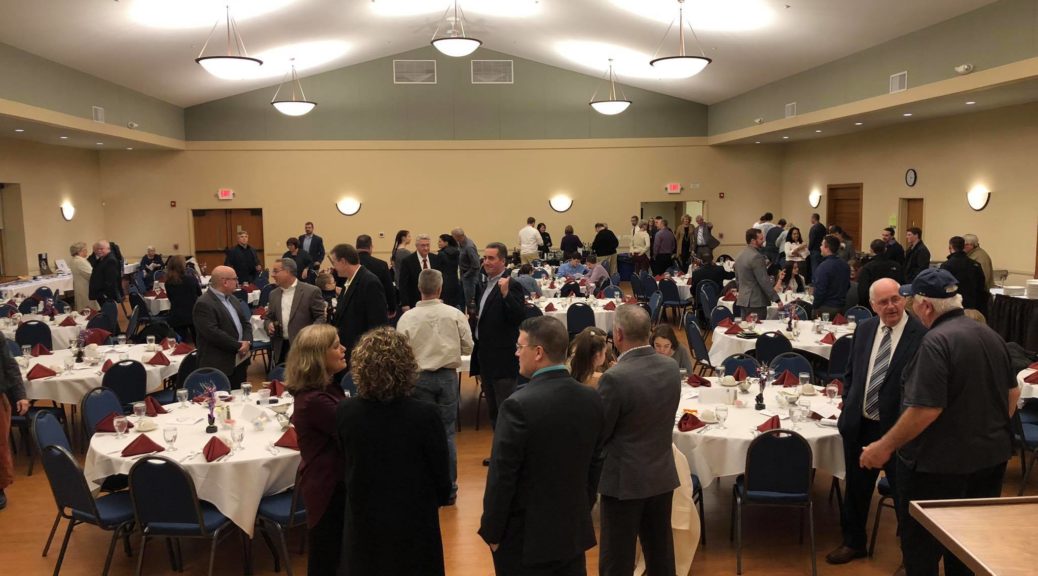 Established in 2005, the Windsor Locks Athletic Hall of Fame’s mission is to honor the many achievements of the town’s athletes and supporters of local sports.

Volunteers serve on the committee and meet several times a year to review the nominees for our annual induction ceremony held on the Friday following Thanksgiving Day.

Each HOF inductee receives a beautiful plaque to keep.  A duplicate plaque is also placed on a wall of honor at the entrance to the Windsor Locks Town Hall–the old Union School on Church Street.

(Note: The form to nominate individuals or teams to the HOF can be found under the “Links” tab on the Homepage.)

Below are the by-laws of the WLAHOF:

The Windsor Locks Athletic Hall of Fame, Inc. (W.L.A.H.F.) is a non-profit, non-stock corporation organized under the laws of the State of Connecticut pursuant to the Non-Stock Corporation Act.

The purpose of the W.L.A.H.F. is to establish and operate a Windsor Locks Athletic Hall of Fame to honor those persons who have achieved outstanding accomplishments or made significant contributions in athletics or related endeavors, which are or were citizens of Windsor Locks or who have a recognizable link to Windsor Locks and its athletic programs.

The nature of the activities to be conducted, or the purposes to be promoted or carried out by the corporation, is as follows: The purposes for which the corporation is to be formed are for educational, charitable purposes within the meaning of the section (c)(3) or to otherwise raise money for charitable purposes; to expand, contribute, disburse, and otherwise handle and dispose of the same for such purposes either directly or by contributions to other agencies, organizations, or institutions organized for the same or similar purposes; and by receiving by gift, Will or otherwise money or other proper means and by distributing it as may by deemed best for the promotion of charity in Windsor Locks community; and to do any and all other things necessary or proper in connection with or incidental to any of the forgoing.

The corporation shall be constituted so as to attract substantial support from contributions, directly or indirectly, from a representative number of persons in the community in which it operates and has not been formed for pecuniary profit or financial gain, and no part of the assets, income, or profit of the corporation is distributable to, or inures to the benefit of, its directors or officers. No part of the activities of the corporation shall be the distribution of propaganda, or otherwise participating in, or intervening in (including the publishing or distribution of statements) any political campaign on behalf of any candidate for public office. Not withstanding any other provisions of this certificate, the corporation shall not carry on any other activities not permitted to be carried on (a) by a corporation exempt from federal income tax under section 501 (c) (3) of the Internal Revenue code of 1986.

The Board shall fill all vacancies in any office at its regular meeting, or at any meeting specially called for that purpose by the concurring vote of a majority of Board members.

The Board may remove any officer by a concurring vote of a majority of the Board members, at any time, with or without cause.

ARTICLE IV – ELECTIONS TO THE BOARD

Nominations for election to the Board shall be accepted from present Board members or any inductee to the Hall of Fame.  Elections shall be by a majority of the Board members at its annual meeting.

The annual meeting will be held in January of each year.  Regular meetings shall be held throughout the year at the direction of the Board.  Other meetings may be called to conduct business by any three members and/or the Chairperson with one week’s notice to the Board.  Notice by email or letter shall be sufficient for any such special meeting.

ARTICLE VI – VOTING OF BOARD

All policies, finances, projects, and other business undertaken by this W.L.A.H.F. shall be approved by a majority vote of those members present at a duly called meeting.

All monies disbursed as approved by the Board shall be by check signed by the Treasurer and Chairperson.

The Chairperson shall be the only authorized signer of contracts for the W.L.A.H.F.

The Chairperson shall call and schedule meetings.  No business requiring a vote can occur without a quorum of two-thirds of the Board being present.

No Board member or officer shall receive any compensation except reimbursement for expenses incurred on behalf of the W.L.A.H.F. with approval of a majority of the Board members present at a Board meeting.

The by-laws shall be revised as deemed necessary by the Board.  Any revisions to the by-laws require a vote of 80% of the Board members at any meeting.

Notwithstanding any other provisions of these articles, the organization exclusively for one or more of the purposes as specified in Section 501(c) (3) of the Internal Revenue Code of 1986, and shall not carry on any activities not permitted to be carried on by the organization exempt from Federal Income Tax under IRC(c) (3) or corresponding provisions of any subsequent tax laws.

Upon dissolution of the corporation, the Trustees shall after paying or making provisions for the payment of all of the liabilities of the Corporation, dispose of all the assets of the corporation exclusively for the purposes of the corporation, in such manner, or to such organization or organizations, organized and operated exclusively for charitable, educational or scientific purposes as shall at the time qualify as an exempt organization under Section 501© (3) of the Internal Revenue Code of 1986 (or the corresponding provision of any subsequent United States Internal Revenue law) or to the Federal, Sate or Local Government for a public purpose, as the trustees shall determine.  Any of the assets not so disposed of shall be disposed of by the Superior Court, Hartford County, State of Connecticut, exclusively for such purpose or to such organization as the Court shall determine are organized and operated for such purposes.

Candidates (including teams) who have made outstanding accomplishments or significant contributions to athletics or related endeavors, who are or were citizens of Windsor Locks, or who have a recognizable link to Windsor Locks and its athletic programs are eligible for consideration as an inductee to the Hall of Fame.

A candidate which may be an individual or a team for the Hall of Fame must:

Persons who have never been citizens of Windsor Locks who have merely participated in one-time events within the town will not be eligible for induction.

A person may be individually selected as an inductee even though they were also inducted as part of a team.

The Board will be in charge of organizing a ballot.  The Board will solicit nominations from the community with actual voting for induction from the ballot performed by the Board.  Inductees (or their representatives) voted in by the Board will receive notification after the vote as soon as practical.  The potential inductee will then have a prescribed amount of time to respond as to whether he/she will accept or decline the honor.  If he/she declines the honor, the Board will then convene as to whether or not to replace the inductee.

The W.L.A.H.F. will conduct an annual induction ceremony on a date agreed upon and selected by the Board.

A “Windsor Locks Hall of Fame display “ for honorees will be assembled by the Board for permanent showing in such places as the Board may from time to time designate.