Our team suffered a big loss on October 18, 2015, when we learned that our starting center fielder and team leader in hits during the 1965 season died suddenly at home at age 63. Below, he is pictured here with Debbie, his wife of 39 years, on May 1st at our 50th reunion party at the Sheraton. Frannie batted 3rd in the lineup. He was a line drive hitter, an outstanding fielder, and could run like a deer on the bases. He later became a terrific basketball player and coach as well as an excellent fullback on the WLHS soccer team. Beyond those accomplishments, however, he was just a great guy to be around. He had a terrific sense of humor, was very loyal to his friends, humble about his considerable athletic accomplishments, and the best teammate ever–always supportive and complimentary toward his teammates and coaches. Click on the “Inductee” tab above to read in detail about Fran’s many athletic achievements. Scroll down to the 2014 inductee list and click on his name. 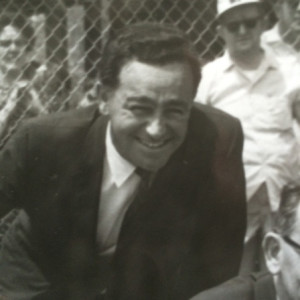 Mr. Aniello, a very sociable and likeable man, was president of the Windsor Locks Little League for 25 years. He also served on the Park Commission for 25 years and was that organization’s chairman for 10 years. He was also a member of the Windsor Locks Democratic Town Committee, the Riverside Council of the K of C, Smalley Brothers VFW, Disabled American Veterans, the WL Senior Citizens Club, and a longtime usher at St. Roberts Church. Mr. Aniello was a member of the 106th Infantry Division during World War II and fought in the Battle of the Bulge. He was 78 when he died on 9/20/02.

Wayne Arent—our teammate
Wayne was a good defensive catcher. He caught for Mike Roche during the all-star tournament. Wayne was also a very good soccer player and had many close friends on the team. He was a member of the graduating Class of 1971 at WLHS and had been attending Central Connecticut State when he died of cancer in 1974. 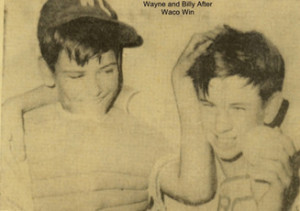 Billy Boardman—our teammate
Billy started and pitched 6 of the 13 games enroute to the world championship. He finished every game that he started and combined with Mike Roche to have an amazing 0.53 ERA for 13 all-star games! Bill played shortstop when he was not pitching. He moved to California when we were all 15. There he became the starting shortstop at Riverside High School as a sophomore; in fact, he was drafted by both the Dodgers and the Giants and had a tryout with each for the Majors as a shortstop. Billy died of colon cancer in July of 2000. 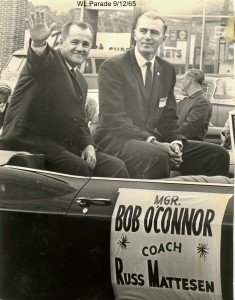 Born in Holyoke, Massachusetts, in 1924, Bob was a teammate and classmate of Spud Shapiro at Holyoke High, where he was a 3-letter athlete. A World War II veteran, Bob served with both the Merchant Marines and as a lieutenant with the amphibious engineers. He moved to Windsor Locks in 1956 and immersed himself in the town’s various recreational activities, transforming and bettering everything he touched. He was the town’s recreational director for 15 years. Bob received the VFW Sportsman of the Year Award in 1965 and the Connecticut Jaycees Physical Fitness Award for the “Run For Your Life” exercise program he started in Windsor Locks. Bob managed the 1965 Little World Championship team as well as the 1966 Little League State Championship team and the 1968 Senior Little League All-Star team that lost in the state finals that year. Later, Bob became a recommending scout for the Cinncinnati Reds. Bob died on January 11, 2007 of heart complications.