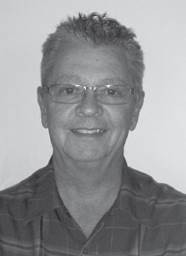 Windsor Locks was home to many track stars in the late 60’s and early 70’s, none brighter than Bob Nussbaum.  After mastering the new “Fosbury Flop” technique, Bob gained 6 inches on his high jump in one year and became virtually unbeatable in the event.

Urged on by his friend and fellow Hall of Famer Steve Scheerer, the two traded “record” jumps and were a force at the state high school track and field meets.  In 1969, Bob was second in the state indoor championship with a jump of 6’2″.  The following year was one for the ages.  Bob won both the indoor and outdoor state titles,  improving his best jump to 6’ 4”.  He won every meet his senior year.

After high school, Bob joined the track team at Central Connecticut State University.  As a freshman, he jumped 6’6” in the New England Relays and placed second.  However, tendonitis in his knees, which had first surfaced while he was in high school, worsened, and his high jumping career came to an abrupt end.

After college, Bob became a sales representative for Hartford Distributors.  He played in many softball and basketball leagues.  He and his wife, Sherry, live in the house where Bob was raised.  They have 3 sons: Quintin, Saxon, and Chance.  Bob is hopeful that one of them will become a high jumper.  These days his hobbies include skiing, biking, running, and real estate.  He and his family vacation in Boca Raton and enjoy frequent visits to Disney World.

Until the injuries interfered, Bob was on his way to a 7 foot jump.  Nevertheless, Bob “flopped” himself to heights few could reach and landed in the Hall of Fame.