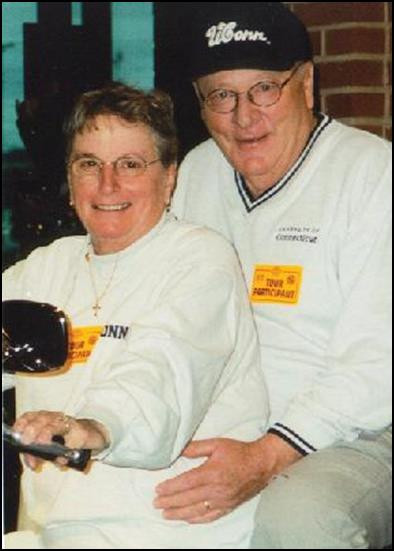 Fans of the Game – If records were kept for watching games, Carol and Carl Schiessl would have their own page in Guinness’s Book.  Carol and Carl have been married for 58 years; remarkable given that Carol is a Red Sox fan and Carl Yankee fan!  Their love of sports came early.  Before both graduated from Weaver High School, where Carol played basketball and Carl was a linebacker and fullback on the football team, and first baseman on the baseball team.  After being discharged from the Navy, where he continued to play football, Carl played baseball in the twilight leagues in the area.  Over the last half century, they have seen a lot of games, which is not surprising when you consider they had four children and 11 grandchildren.  While they rarely missed a game in which one of their children or grandchildren participated, they also frequented other local high school and American Legion games, just because they enjoy watching sports.  But watching the athletes in Windsor Locks tops their list and for that, they top ours as the Windsor Locks Athletic Hall of Fame’s first recipients of the Fans of the Games Award.