Carrie Schiessl’s interest in sports may have begun by following her brothers and sister, but she quickly distinguished herself as a track and field star. Her hard work was rewarded her senior year when she became the New England Outdoor high jump champ, winning the championship in Chestnut Hill, Massachusetts.

In high school Carrie was a cheerleader, played soccer for two years, and participated in indoor and outdoor track.  Both her junior and senior years, Carrie won two prestigious invitational meets, the Nick Zeoli and the Haddam Killingworth Invitational.  Her participation in track was not limited to the high jump. She was also a hurdler and a member of the relay team which set a school record.  Her senior year she won the Class S 100 meter hurdles.  In all she won 3 gold medals in her senior year. 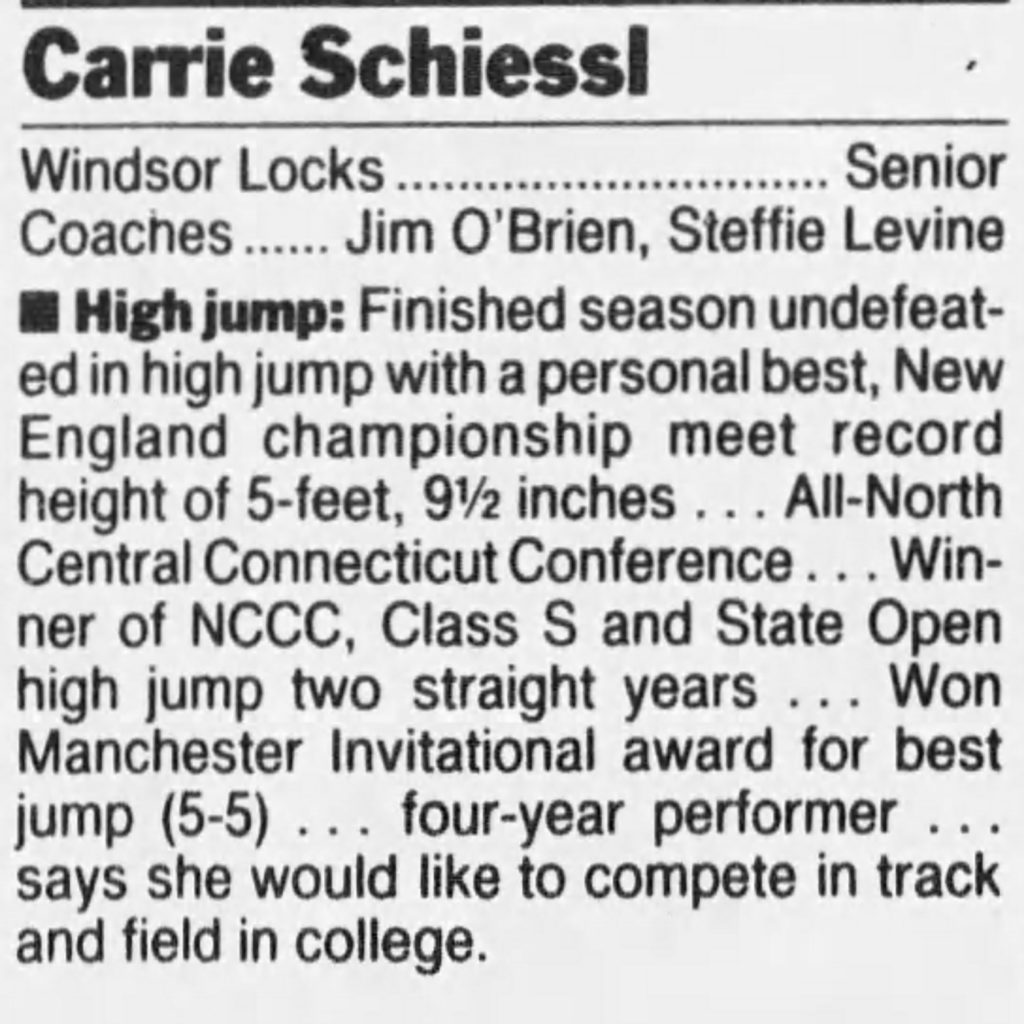 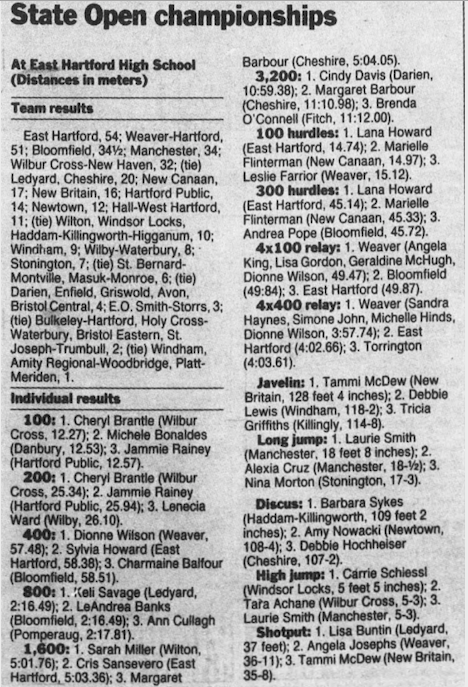 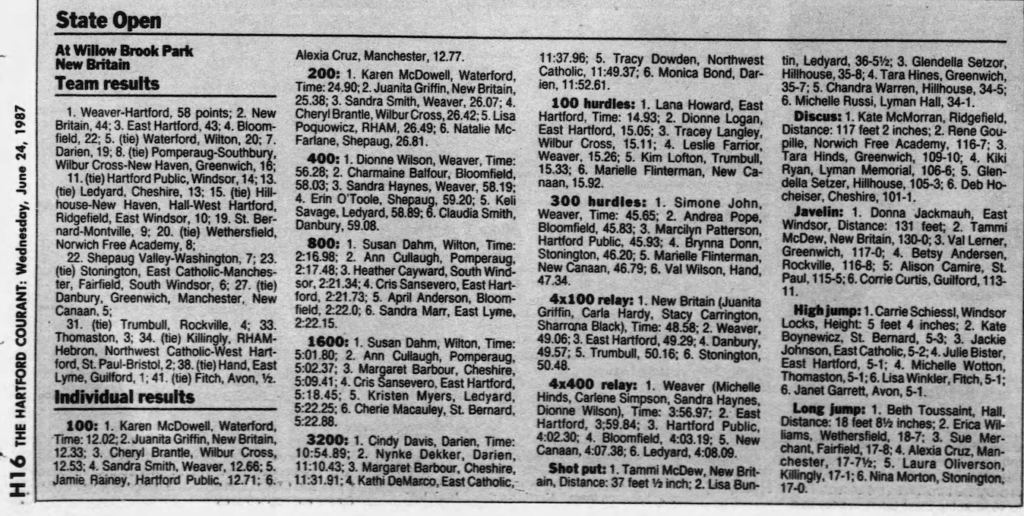 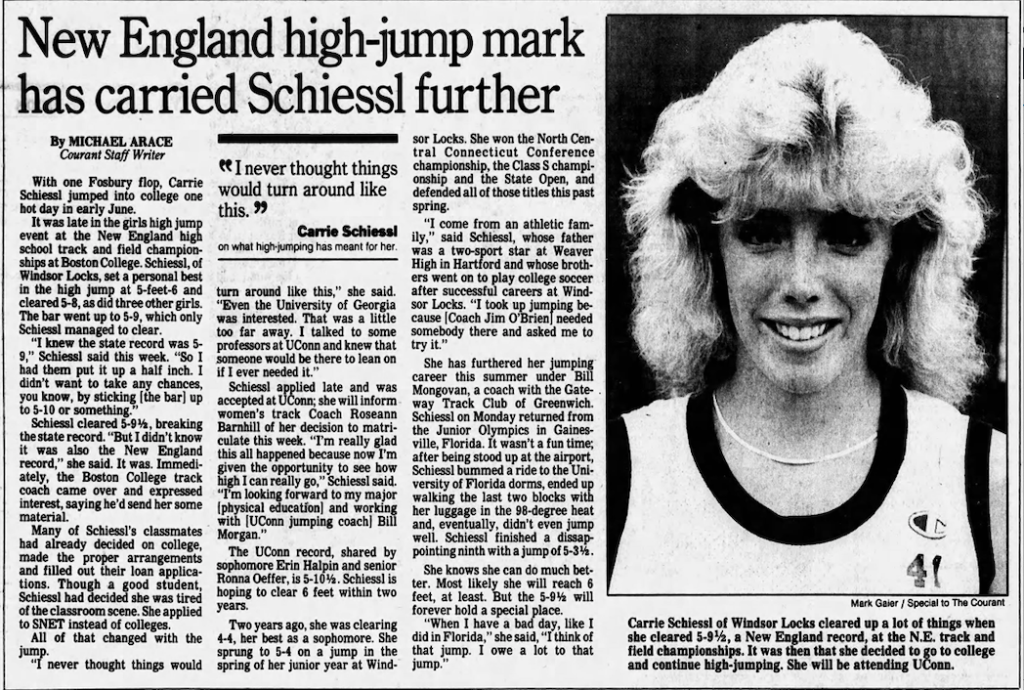 She defended her high jump title in both the Class S Championships and the State Open Championship.  In the process she set the Connecticut High School Outdoor High Jump record at 5 feet, 9 ½ inches.  This record still stands for Class S competition.  Carrie became the first and only Windsor Locks athlete to win the New England Championship in any track and field event.  Not only did Carrie win the event, she held the New England Outdoor High Jump record from 1988 to 1996. 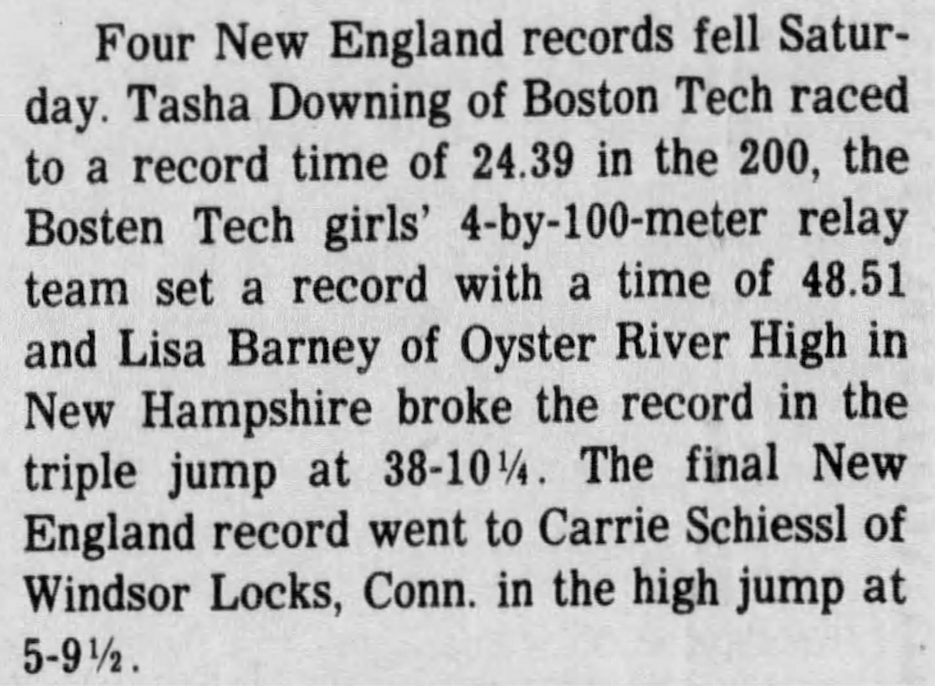 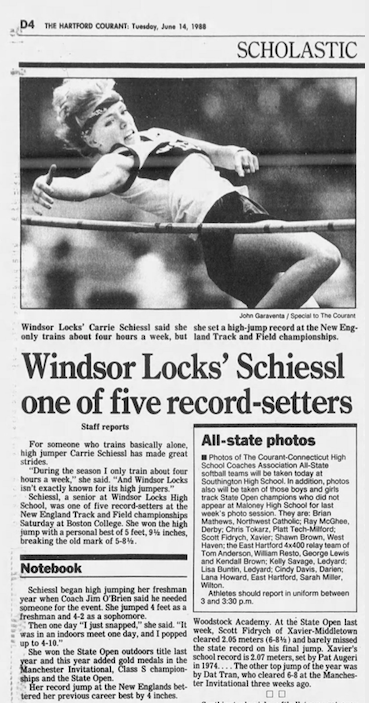 After winning the New England Championship, she participated nationally in the U.S. Olympic Track and Field Championships in Gainesville, Florida.  She finished 9th nationally. 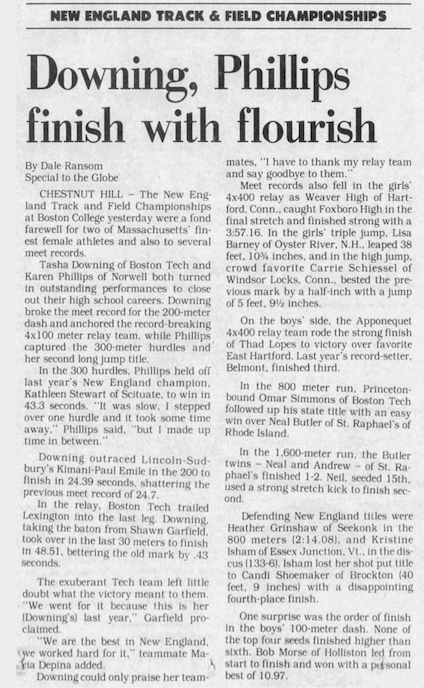 After graduation from high school in 1988, Carrie attended the University of Connecticut.  Carrie competed at UConn as a member of Coach Roseann Barnhill’s women’s track team.  She worked under the direction of high jumping coach Bill Morgan.  Carrie graduated from UConn with a degree in Sports Education.

Today Carrie is employed by Mass Mutual Insurance Company, and she and her family reside in Feeding Hills, Massachusetts.