David Lingua was a Hall of Fame candidate before he reached high school. 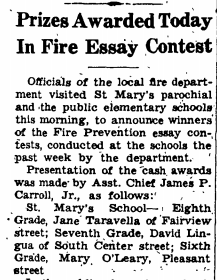 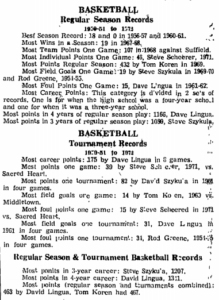 He was consistently voted the most valuable player, the outstanding league player, or the best all-around player in every youth sport.

The newspapers documented the no-hitters that he threw as a little leaguer.

He was invited to play in numerous all-star games and practiced with the high school varsity basketball team while still in the eighth-grade.

David had a gift to excel at any sport, competing and winning honors in track, baseball, basketball and golf all before his freshman year at Windsor Locks High School.

Although records were not kept as accurately then as they are today, various reports show Dave scored between 1341 and 1600 points during his high school basketball career; even the lower figure would be a record for the most points scored by any Windsor Locks basketball player. 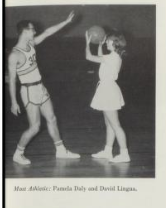 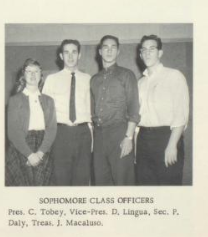 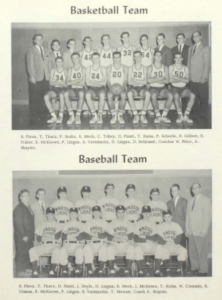 He averaged over 21 points a game his senior year and was selected to the 1961 and 1962 All-State Teams. 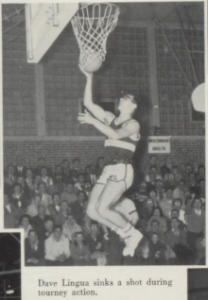 He was named to the all conference basketball team three times and twice was selected to the all Connecticut team. 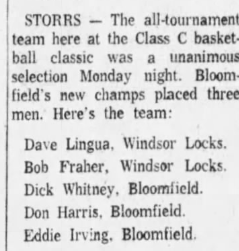 At one point it is believed that Dave held 20 individual athletic records at the high school. 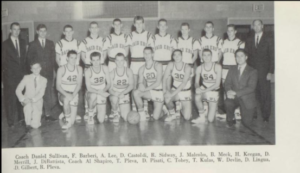 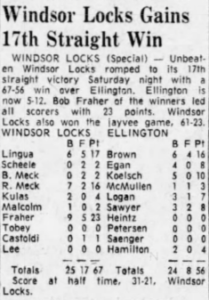 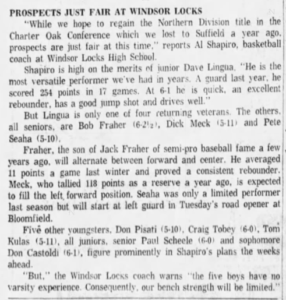 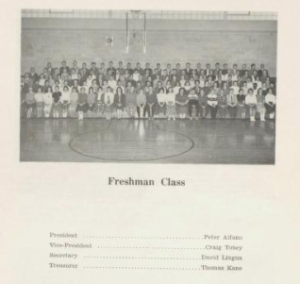 The 40 points that he scored in one game his junior year remained a record for nearly 10 years.  In his last four basketball games at Windsor Locks High School he scored 134 points. 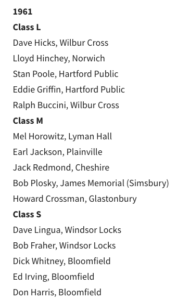 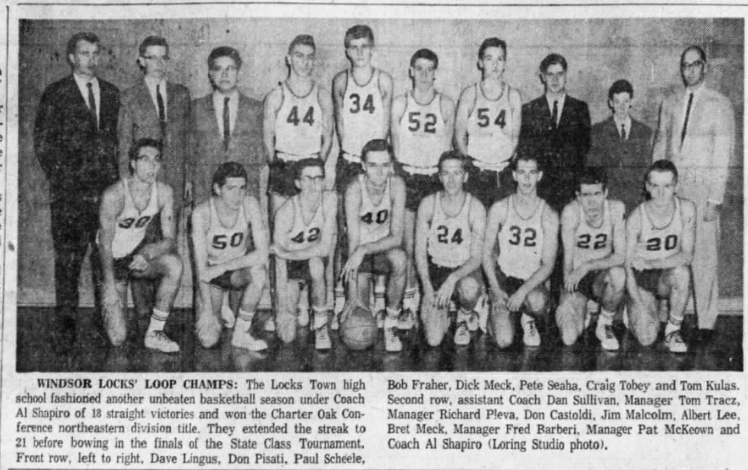 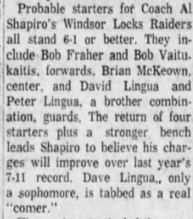 he started all four years batting either third or fourth in the lineup.  During his career he was named to the all conference team, played every position, hit countless home runs and pitched four no-hitters.  The home run that he hit from the old varsity baseball field onto the roof of the supermarket in Dexter’s Plaza was a Ruthian moment that is still talked about today. 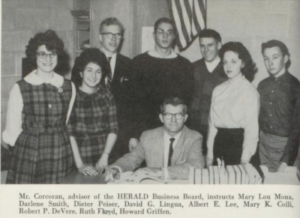 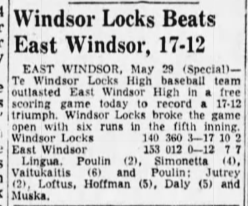 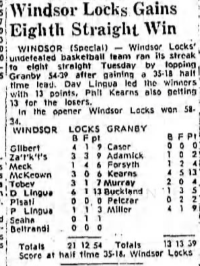 Dave was awarded a letter in track after participating in one track meet.  During that meet he won three events and set a school record in the javelin. 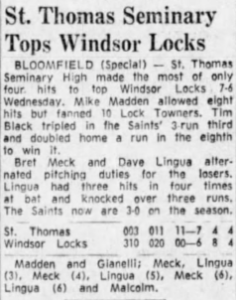 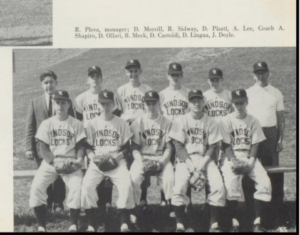 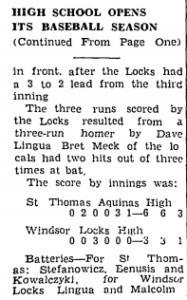 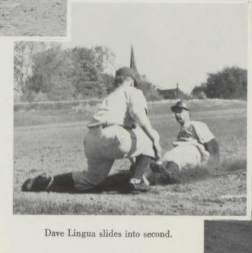 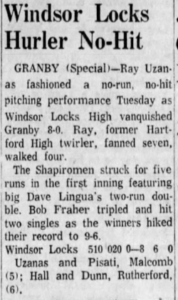 After weighing numerous scholarship offers, David chose to continue his education at Fairfield University.  His first year he averaged 15 points per game on an outstanding freshman basketball team that suffered only one loss. 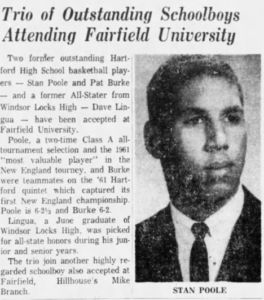 He started for the varsity his sophomore year.  While at Fairfield, he also competed on the golf team. 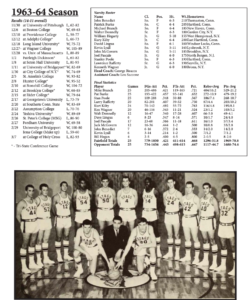 After his college career, he continued to excel at golf, winning many local tournaments.  He shot a 64 at Greenfield Country Club which stood as the course record for 30 years.  Stories of his prodigious tee shots are told and retold by golfers in the area. 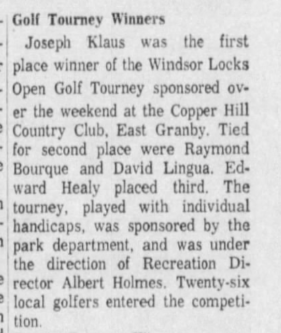 Along with his father, Dr. Pete Lingua, David was elected to the inaugural WLAHOF Class in 2005.  David and his father are one of 11 family/sibling/parent combinations elected into the WLAHOF.