Debbie (Lee) Maher seemed destined to excel in soccer.  Two of her uncles, Albert Lee (WLHS Class of 1964) and Dana Lee (WLHS Class of 1966) were both outstanding athletes for the Raiders, particularly on the soccer field.  Both were key members of the 1963 State Championship team for Coach Sullivan.

Deb, a four year starter on the soccer team and a member of the WLHS Class of 1987, excelled both as a halfback and sweeper; in fact, following her high school graduation, Deb tried out for and was selected to the Team USA Soccer Team representing the Northeast in tournament play in Europe.  Her team spent five weeks touring the Netherlands, Germany, Czechoslovakia, the Soviet Union, and Sweden.  It was an eye-opening experience for the Raider grad.  The All-Conference player was the only team member representing the NCCC for Connecticut and served as a co-captain for the team.  Her team finished the European tour with a very respectable record of 15-4-2.  That record included winning the Oresund Cup in Denmark, where in five games, not one goal was scored against her team. 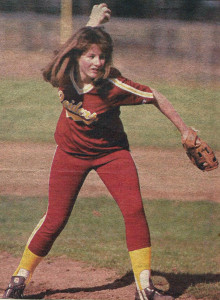 Besides soccer, however, Debbie also excelled in softball.  Debbie was also a four year starting member of the WLHS Girls Varsity Softball Team, where she tirelessly worked on her pitching technique.  As a junior in 1986, she was a member of the League Championship team.  At the start of her senior softball season, in 1987, a no-hitter had yet to be thrown by a pitcher in the history of WLHS Girls Softball.

It was during that final season that Debbie’s commitment and tenacity paid off in the form of the three no-hitters she threw.  Two of those no-hitters were back to back—against East Windsor and East Granby.  Bookending those two no-hitters were two 1-hitters.  The third no-hitter was thrown against Stafford Springs.  It is a school record that still stands today. 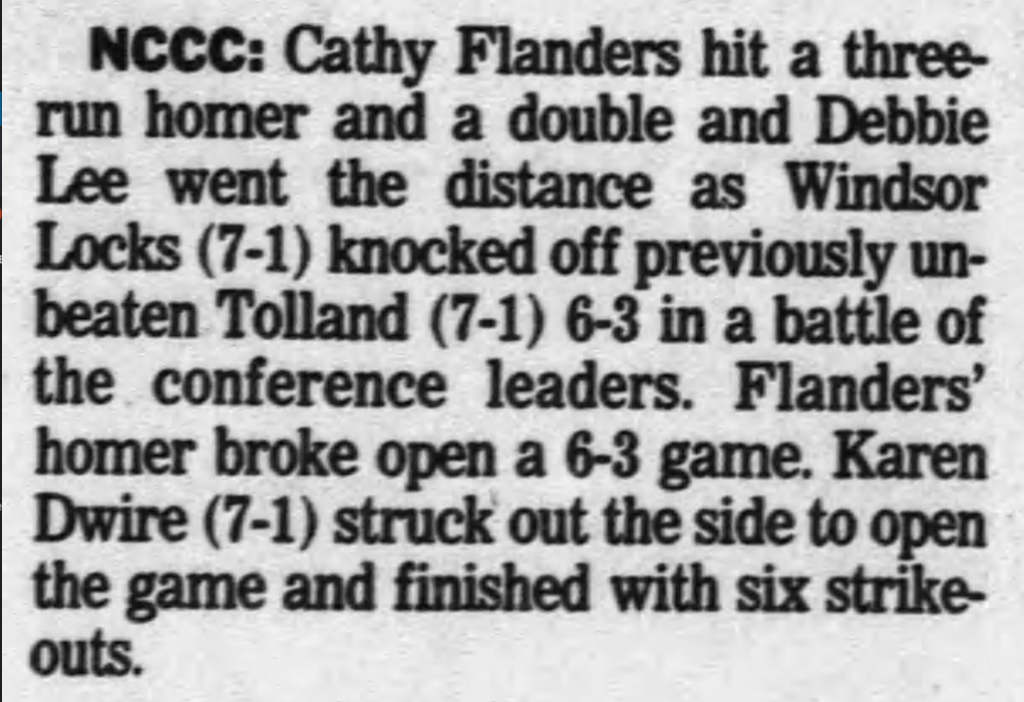 Additionally, Debbie was a very good hitter, usually batting cleanup (4th) in the lineup.  In that same year, Debbie was selected to the NCCC All-Conference Team and also was the proud recipient of the Ruby Fournier Sportsmanship Award, presented to her by the Windsor Locks Lions Club.

One of the twin daughters of Robert and Maureen (Carniglia) Lee, Debbie began participating in sports at a young age and found great happiness and success in doing so.  Now living in Burlington, Vermont, Debbie continues to enjoy playing co-ed softball in the summer.  She is married to Gordon Maher and has four children: Elliot, 13, Olivia, 12, Ian, 10, and Adam, 8 years of age.  She and Gordy stay busy with their involvement in their children’s sports, as each one plays soccer, hockey, baseball, or softball.  When there is time in the winter, Deb also enjoys Alpine skiing with the family. 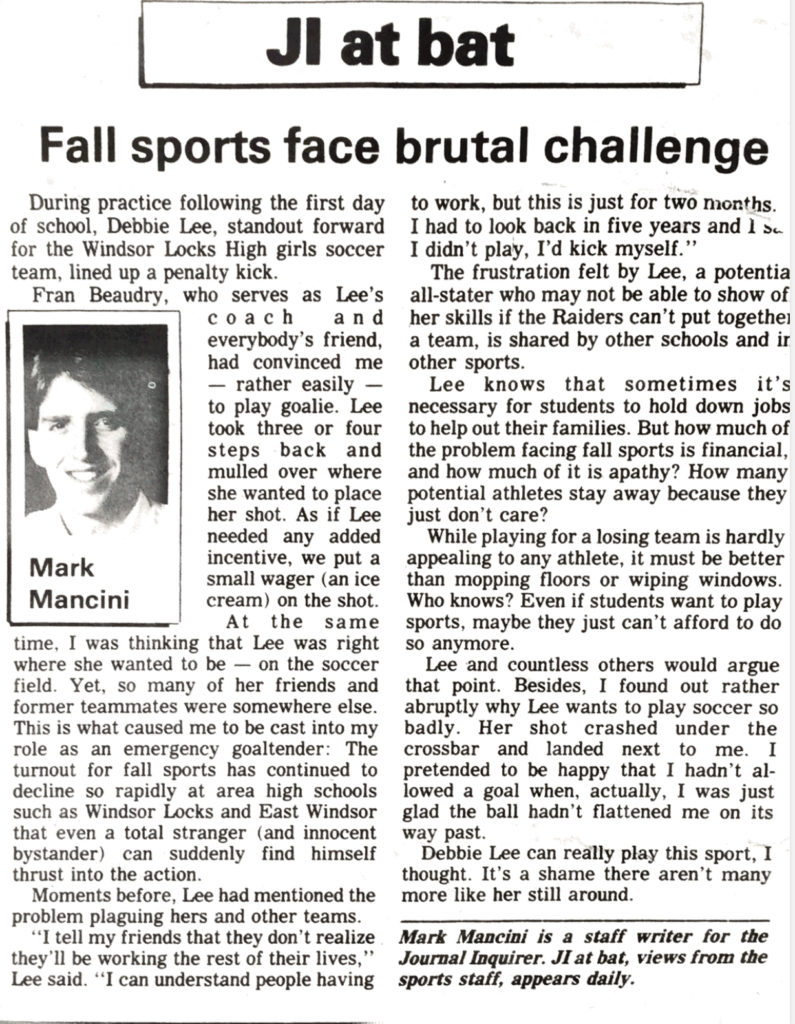