Spud Shapiro was an exceptional athlete and a respected leader in the community where he dedicated 34 years of his life. He was a star athlete at Holyoke High School and Tufts University before arriving in Windsor Locks in 1950. Spud continued to share his enthusiasm for 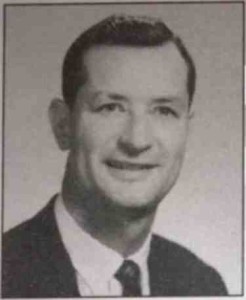 sports by dedicating his time and knowledge to teaching and coaching basketball and baseball to athletes at all levels.
At Holyoke High School, Spud had legendary basketball career. After compiling numerous scoring records, all league, and MVP honors, Spud was named the Most Outstanding basketball player in Western Massachusetts in 1942 and to the All-Western Massachusetts team. Spud also excelled on the baseball field, being twice selected to the annual Transcript-Telegram All-Star school boy baseball team for pitching in his junior year and for fielding in his senior year.
As a freshman at Tufts University in 1943, Spud continued setting scoring records in basketball. His 342 points were more than any other freshman player in the country, earning him Honorable Mention All-American honors. He set a single game scoring record of 37 points and had a total career scoring record of 800 points. After serving three years in the Army, Spud returned to Tufts to continue his outstanding basketball career. Before graduating, he had the opportunity to play against Bob Cousy in a televised game and, indeed, outplay the future Celtic great. Spud is still known as one of the best basketball players in Tufts history. He was hired as a Physical Education teacher at Windsor Locks High School in 1950.
Spud coached basketball and baseball from 1950-1955. In those five years, he coached his basketball team to a 72-12 record and three Central Conference Championships. Spud coached the 1955 Windsor Locks High School basketball team to a 19-1 record. They lost the state “C” division championship game held at the University of Connecticut to South Windsor High School. He also coached the Windsor Locks High School baseball team to a 22-13 record over five years, earning his best record in 1954 with 6 wins and 2 losses. 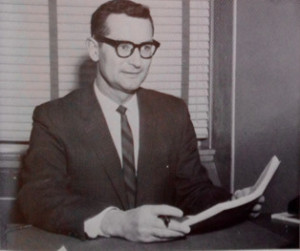 He served as Principal of Windsor Locks High School, Director of Administrative Services, Assistant Supt. of Schools, Acting Superintendent of Schools and Principal of the Middle School before retiring in 1984. Spud continued his dedication to education by serving as a Consultant to the Conn. State Dept. of Education for 10 years. He served on the Board of Directors of the Suffield Savings Bank and the Exploration Summer Program at Wellesley College.

With his best friend, Bob O’Connor, Spud coached the Windsor Locks youth travel basketball and soccer teams. Together they organized a youth basketball team called the “Shapiro Shamrocks.” Each season, the team competed in over 20 games with teams from other towns –this program was the first of its kind and took place well before the concept of “travel teams.” Spud was also deeply involved in the town’s Little League, Babe Ruth, and Senior League baseball programs. Spud became a principal at the high school and then the Superintendent of Schools in Windsor Locks.
Over the years, parents and coaches have asked Spud to work with their athletes on how to improve their basketball skills. He always gladly accepted. Spud would take his new students (including Holly Storms, one of this year’s inductees) to the Middle School gym and give them a workout -’’drive to the hoop”, “shoot off your finger tips,”good touch,” bend the knees, change of direction, and ‘ fake and drive” could be heard in every lesson. These teachings made him very happy. He just loved the game. Few have done more for the athletes of Windsor Locks. Elias “Spud” Shapiro died on March 24, 2000, at age 75–one of the most widely respected and beloved citizens of Windsor Locks.