Frank Netcoh and success in sports went hand in hand.Frank played youth football with the Windsor Locks Jets and was part of the conference championship team in 1971.  Frank went on to play varsity football for Windsor Locks High School for three years and was a captain in his senior year.  Playing in a very competitive Connecticut Valley Conference, Frank was honored as All Conference Defensive Back in both his junior and senior years.  His senior year, he also received an Honorable Mention as an All Conference Quarterback.Frank also played varsity baseball for the Raiders for two years.  He was again acknowledged for skill and leadership qualities as an All Conference outfielder in both his junior and senior years. 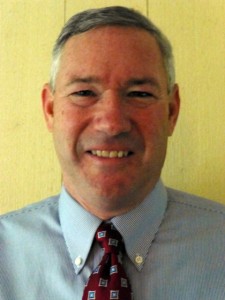 After graduation, Frank attended Trinity College where he played varsity football for three years.  He was a member of two NESCAC Champion football teams and was selected All New England Defensive End in his senior year after collecting 11 sacks. Frank also played varsity baseball at Trinity for three years, batting 350 as a junior and setting a college record for on base percentage.  Frank capped his successful athletic career at Trinity College when he won the George Sheldon McCook Trophy given to the Senior Male Athlete of the Year.

Frank is the son of former inductee Ted Netcoh showing that in this case, the apple did not fall from the tree.  A talented athlete with rare leadership qualities, Frank Netcoh’s teams won at all levels.