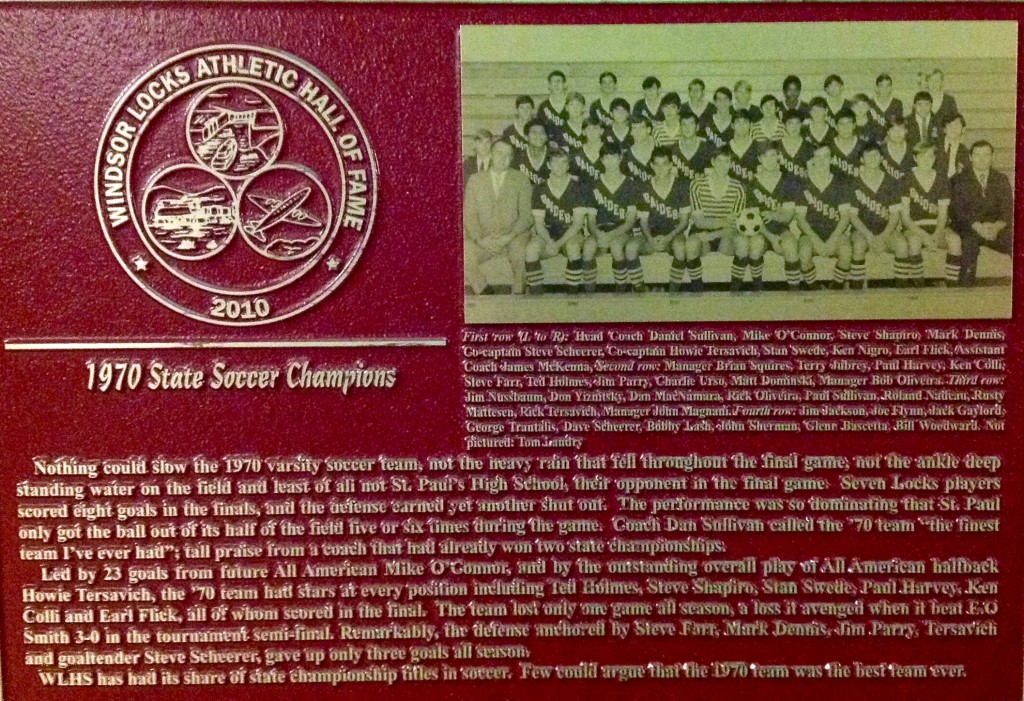 Nothing could slow the 1970 varsity soccer team–not the heavy rain that fell throughout the final game, not the ankle deep standing water on the field and least of all not St. Paul’s High School, their opponent in the final game.  Seven Locks players scored eight goals in the finals, and the defense earned yet another shutout.  The performance was so dominating that St. Paul only got the ball out of its half of the field five or six times during the game.  Coach Dan Sullivan called the ’70 team  “the finest team I’ve ever had”– tall praise from a coach that had already won two state championships.

Led by 23 goals from future All-American Mike O’Connor, and by the outstanding overall play of All- American halfback Howie Tersavich, the ’70 team had stars at every position including Ted Holmes, Steve Shapiro, Stan Swede, Paul Harvey, Ken Colli, and Earl Flick, all of whom scored in the final.  The team lost only one game all season, a loss it avenged when it beat E.O Smith 3-0 in the tournament semi-final.

WLHS has had its share of state championship titles in soccer.  Few could argue that the 1970 team was the best team ever.