During the summer of 1965, 6,350 teams from across the world began a baseball journey. Playing in a single elimination format, sixteen youngsters representing the small blue-collar town of Windsor Locks, Connecticut defeated thirteen of those teams to become the 1965 Little League World Champions. 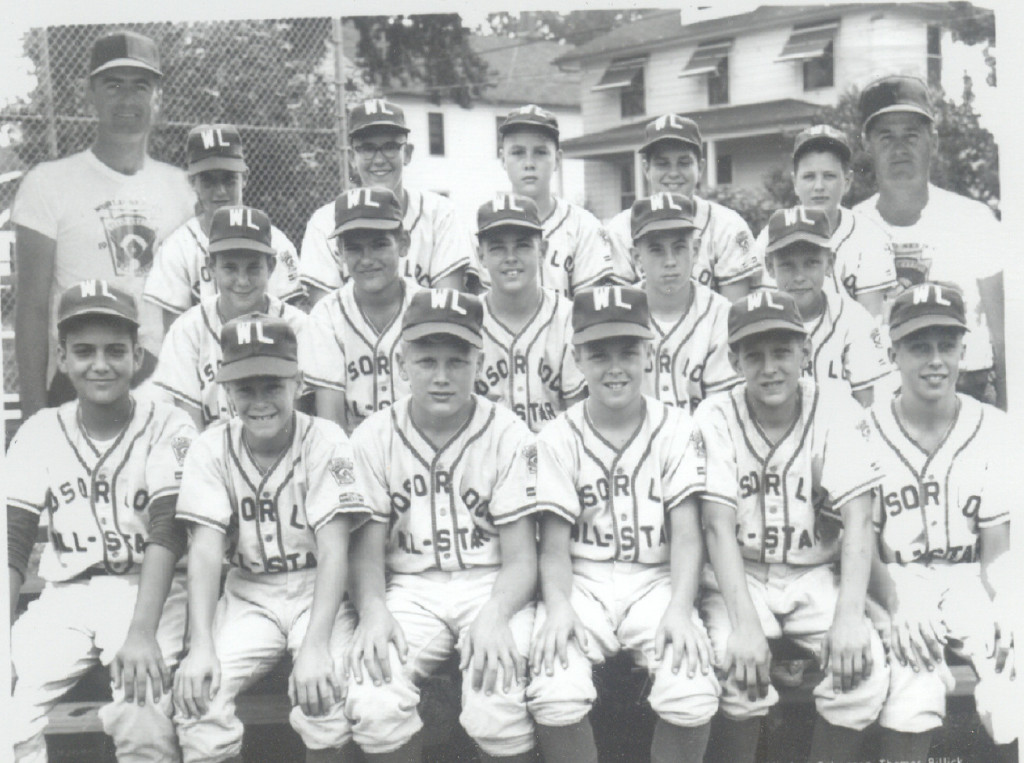 Run by run, inning by inning, game by game, the winning continued from District 8 Champions to being crowned state champions. A game-ending triple play in Staten Island against Danvers, Massachusetts paved the way to Williamsport. In exciting tournament play, Windsor Locks proved themselves the best in the world by winning 3  more games, culminated by a terrific home run, outstanding pitching, and focused coaching in a 3-1 victory over Stony Creek, Canada. A record crowd of 21,000 fans attended the championship game. As they did so often, Mike Roche and Dale 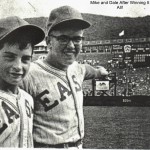 Misiek played key roles in the win. Mike struck out 14, while Dale smacked a two run homer to seal the victory, 3-1. . Windsor Locks had outscored their opponents 69-12 that year. Roche and Boardman had an amazing combined ERA of 0.53 in the 13 games. Dale hit 6 home runs and made an outstanding defensive play at first to seal the 1-0 win against a very tough Waco, Texas team in the semis at Williamsport. The boys were welcomed home by cheering fans and signs that read “Who wants the Beatles, when we have you?” and “Thirteen games-Thirteen victories.” Many of these boys went on to form the nucleus of the 1970 WLHS state championship soccer team–the soccer team that Dan Sullivan said was the best he ever coached; in fact, team members Howie Tersavich and Mike O’Connor became high school All-Americans in soccer!

We cherish in our memories players Wayne Arent and Bill Boardman, manager, Bob O’Connor, and league President, Francis Aniello, Sr. who have all passed away. The enduring legacy of the achievements of this World Championship team will be forever remembered, appreciated, and celebrated. 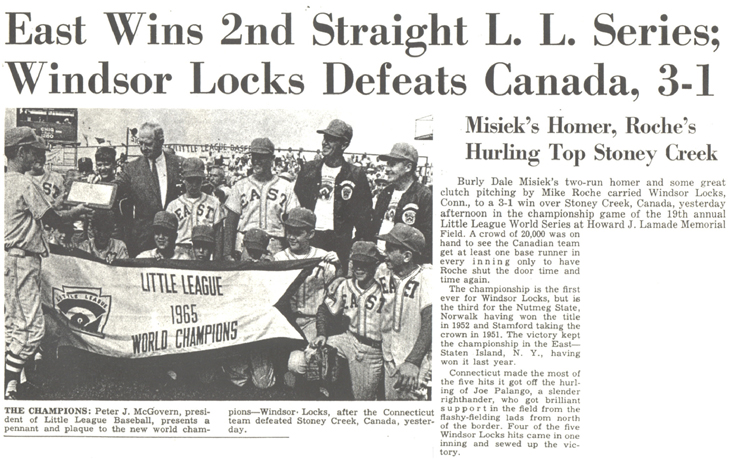 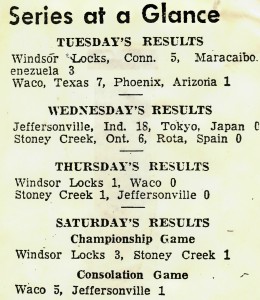 The team roster along with some notes about the team members and where they are now can be seen in the table below.