Joe Fitzpatrick was an outstanding multi-sport athlete at Windsor Locks High School from his freshman year (1941) through his graduation in 1945. 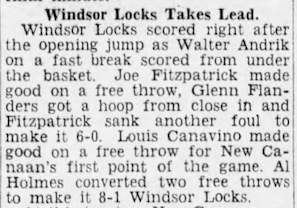 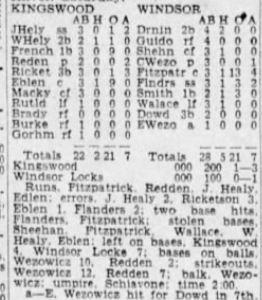 After graduating from WLHS, Joe attended the University of Connecticut (Storrs) where he displayed his exceptional athletic skills at the collegiate level.    With the UConn football program, Joe was an extremely effective running back from the left halfback position, and was widely recognized as an ideal complement to their nationally recognized fullback, Walter Trojanowski. 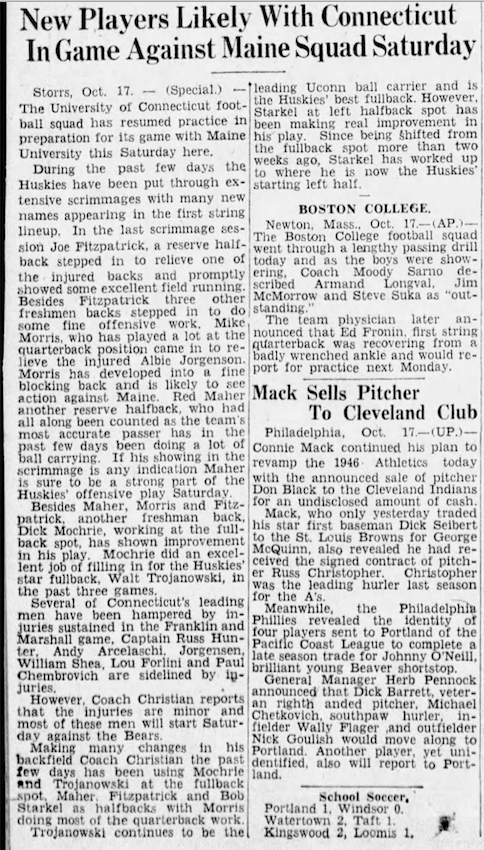 Joe was also called upon to fill the role of backup quarterback several times during his senior year, further demonstrating his strong athletic versatility at this high level of competition. 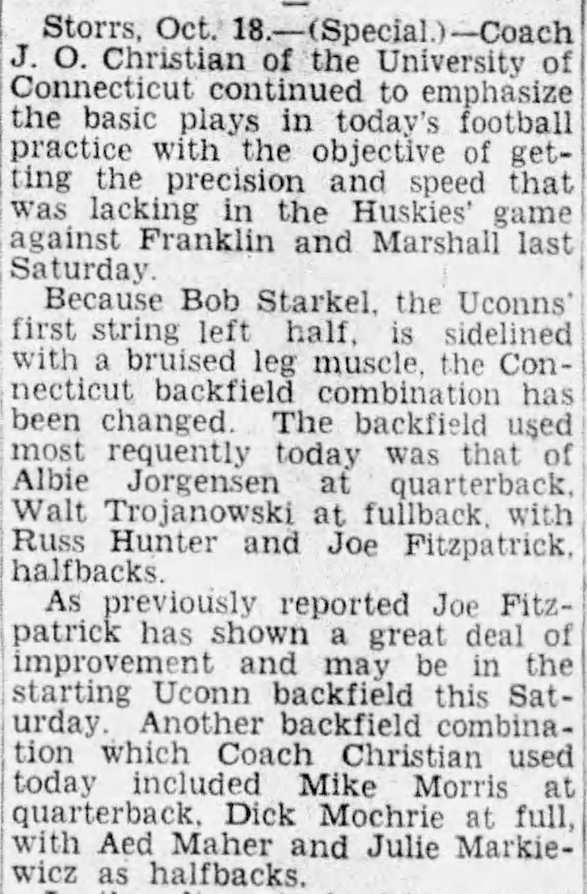 Joe was also a standout on the baseball field as a catcher.  After leaving UCONN, he signed a contract with the Pittsburgh Pirates and played with the Salisbury Pirates in the Classic League.  While with the Pirates, Joe was widely recognized as a strong defensive player, an excellent base runner and a stolen base threat.

After concluding his professional baseball career in 1952, Joe returned to his hometown of Windsor Locks where he was married and raised a wonderful family.  Joe remained active in athletics, coaching Little League and playing golf in various leagues and clubs.

Joe Fitzpatrick was an exceptional multi-sport athlete with impressive accomplishments at the high school, college and professional levels, and is clearly very deserving of his election to the inaugural class of the Windsor Locks Athletic Hall of Fame.