Lori was truly one of the pioneers for girls’ soccer in Windsor Locks. When she went to play soccer, there were no girls’ teams, so she joined the boys’ team.

When she arrived at high school, she encountered the same problem.

With a few of her friends, Lori 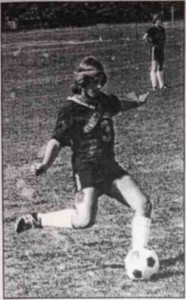 persuaded the principal to have a girls’ team for the next year. The Lady Raiders immediately had soccer success, losing two years in a row to E.O. Smith in the state semi-finals and finals.

The Raiders were number two and number three in their division.

During her senior year, The Raiders also qualified for the tournament. Lori received numerous honors, making all-conference all three years. 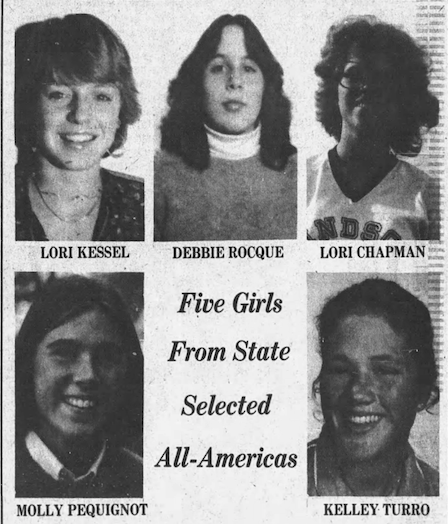 In addition,  during her junior and senior year she made All-State.

Even more impressive, in her junior and senior years she made High School All- American! 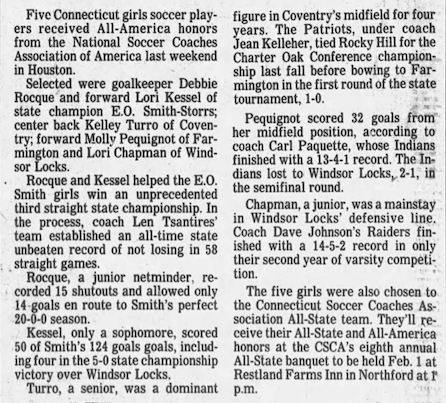 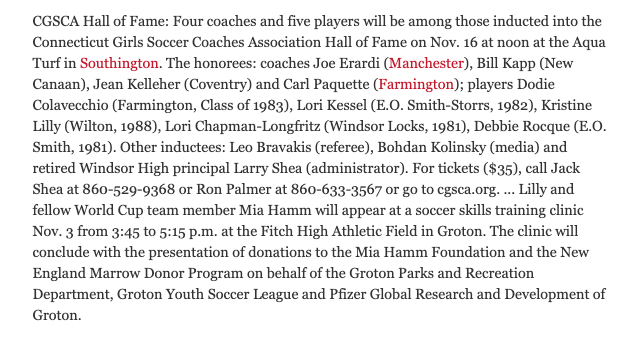 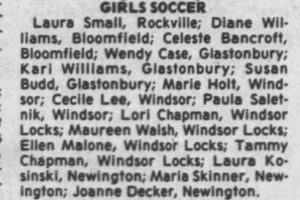 Besides soccer Lori also experienced success in diving and in track. In her freshmen year in high school, she tried out for the diving team. She placed ninth in the Class M state finals. She only dove for one year, as soccer and diving were both fall sports.

In track and field Lori was a four-year varsity sprinter and hurdler. In both her junior and senior years, she held the school record for the 100 meter hurdles as well as the 300 meter hurdles.

In 2003 Connecticut had its inaugural induction ceremony for the Connecticut Soccer Hall of Fame. It was no surprise that the pioneer for girls’ soccer in Windsor Locks was selected in the first class.

Lori’s brother, Tech Sgt. John Chapman was posthumously inducted into the WLAHOF in 2018.  Lori has also co-authored a book about her brother and his ordeal in Afghanistan where John paid the ultimate sacrifice while saving 23 of his fellow soldiers.  Look for Lori’s book Alone at Dawn:  Medal of Honor Recipient John Chapman and the Untold Story of the World’s Deadliest Special Operations Force. 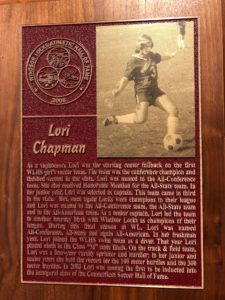