Paul’s athletic accomplishments and contributions started long before he moved to Windsor Locks in 1970.  He was born in Italy in the small town of Canicattini Bagni, Sicily.  He immigrated to the United States in 1955 at the age of 10 and settled in Springfield, 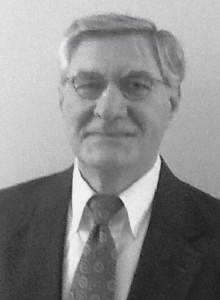 Paul played a major role in the establishment of the soccer program at Western New England College.  In 1965, he was one of two student-athletes to make presentations to the WNEC Athletic Department requesting approval and funding for a soccer team.  The responses were all positive and WNEC soccer was born.  Paul was selected co-captain of the 1965 inaugural WNEC soccer team that formed the foundation for the subsequent WNEC varsity soccer program in 1966.

Paul served Windsor Locks youths in Little League baseball for eight years starting as a coach in 1983, moving up to manager, and ending as the umpire-in-chief.  In addition to coaching sports teams in Windsor Locks, he also coached East Granby and Hartford travel soccer teams for five years.  In 1992, Paul coached a team of U-19 soccer players representing Windsor Locks.  This team won the championship of the Summer Soccer Classic tournament, an annual event sponsored by the United States Soccer Hall of Fame, in Oneonta, NY.

Paul is a member of the Windsor Locks Lions Club, Mount Carmel Society of Enfield and two other Italian-American civic organizations in Hartford dedicated to promoting events for the well-being of the community.  He is retired from the Office of the Chief Medical Examiner in Connecticut and continues to live in Windsor Locks with his wife, Barbara.  Paul has one son, Michael, and enjoys spending time with his granddaughter, Allyson.