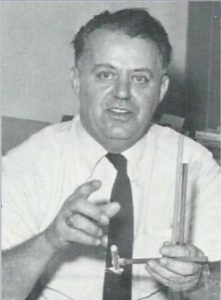 Peter T. Sarant was a math teacher and indoor/outdoor track and cross country coach for 19 years in Windsor Locks.

Born to Greek immigrants in Pittsburgh, he played baseball and ran track at Carnegie Mellon University and Penn State University. He graduated from PSU in 1952, lettering in cross country and was a member of the 1950 PSU National Championship track team.

Peter participated in major track meets at Madison Square Garden and Boston Garden.  In 1941 he pushed one of the great milers, Glenn Dobbs to a 4:09 in the K of C meet in Cleveland OH.   His personal best in the mile was 4:12.5.  Pete Sarant was inspired by a group of runners nicknamed the Flying Finns and enjoyed the challenge of competing with the elite runners of his day.  It wasn’t until 1964 that the great Jim Ryun ran a sub 4 minute mile. 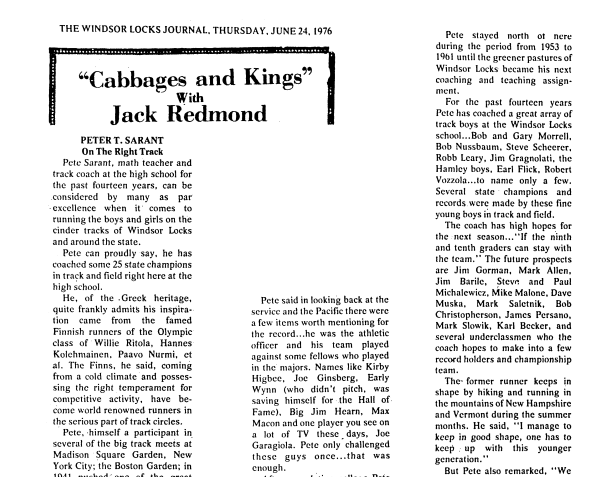 World War II interfered with any thoughts of his competing in the Olympics in 1940 or 1944 or pursuing a career in baseball, though he was named as an alternate to the US Olympic team as a miler.  He continued his running and playing of baseball while serving in the U.S. Army Corps of Engineers for six years and then furthered his education at Springfield College, receiving a Masters degree in Education.

After graduating from college, Pete coached baseball and track in Agawam for 6 years before coming to Windsor Locks in 1961.  He coached boys and girls track and field and cross country for 19 years in Windsor Locks, producing 25 State Champions in his tenure including the 1966 Indoor Track team.

After his retirement from Windsor Locks in 1980 he continued substitute teaching and coaching in South Windsor, East Granby and Valley Regional for another 24 years.

Pete was innovative and was one of the first coaches in the state to teach the Fosbury Flop after watching the 1968 Olympics in Mexico City.  Two jumpers mastered the technique (WL Hall of Famers Bob Nussbaum and Steve Scheerer) and tied as co-champions in the State Open high jump in 1970.  Scheerer won again in 1971, setting a record that lasted a decade.  This was notable in that the State Open includes qualifiers from all classes of schools, not just the small schools Windsor Locks competed against on a regular basis.

Prior to the 68 Olympics, high jumpers went over the bar belly down and landed in a sawdust pit.  The Fosbury Flop entailed going over the bar with the backside down and therefore required a cushion to land on.  Coach invested in the pit and the team loaded it atop the bus and held it down when traveling to and from away meets.

A modest man, Peter Sarant is remembered for being a gentleman, a scholar, an excellent teacher and a motivator to his students and his charges on the track.  He received many accolades for his coaching, but not once did he take credit for anything; he always said his athletes were responsible for all of their own success. 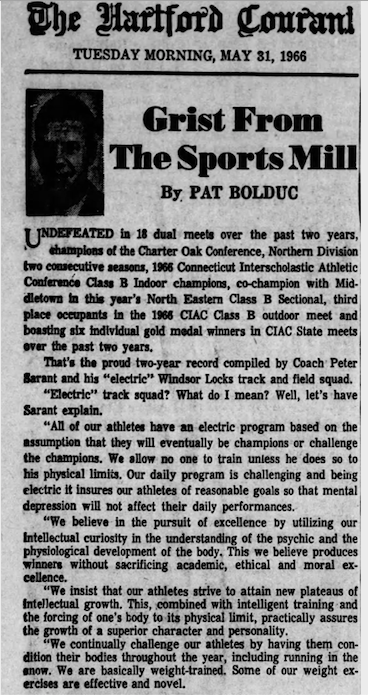 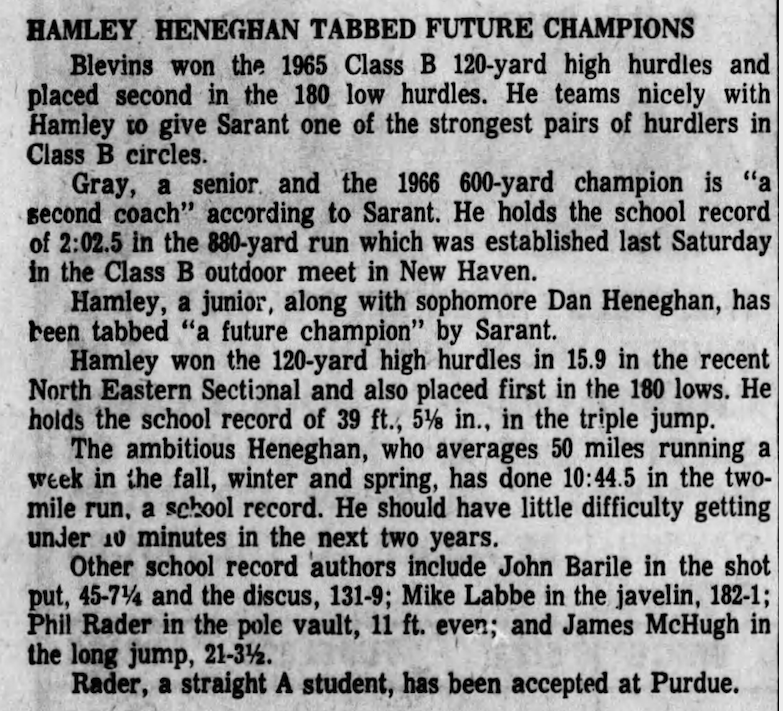 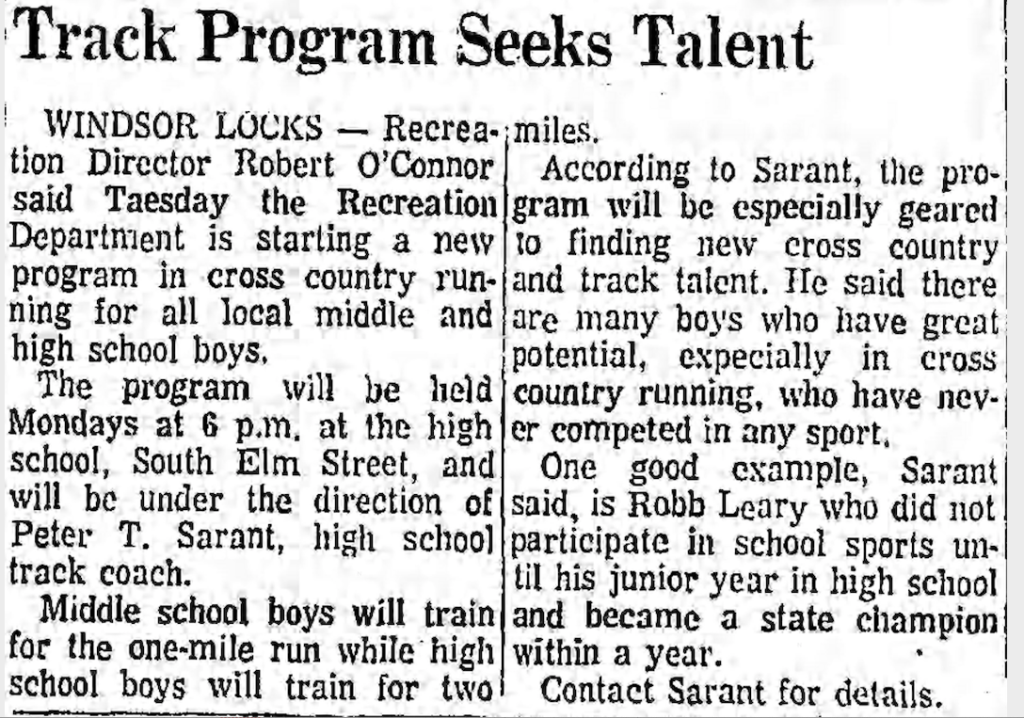