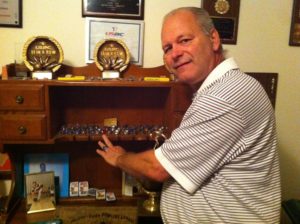 Like many local champion bowlers, Rich started bowling at Bradley Bowl at the age of 5, tagging along behind his Hall of Fame mother.  It was not long before Rich made a name for himself and became one of the best bowlers in the region.