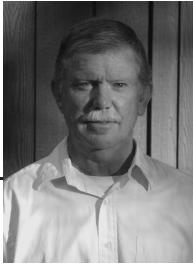 Scott Willet is unique among his fellow inductees in the Hall of Fame.

He did not play organized sports prior to high school and played only one sport while he was there.

Yet he certainly made the most of it, collecting honors that few in the Hall can match.

Although he did not make the middle school soccer team, Coach Dan Sullivan recognized his talent when he walked through the door on South Elm Street. 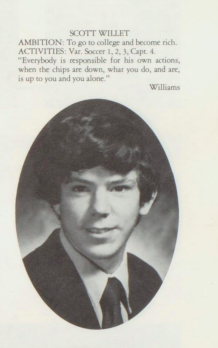 His prior experience was limited to pick-up games in the Bel Aire Circle neighborhood.

Coach Sullivan named Scott the captain of the junior varsity soccer team as a freshman. By the next year, he was playing for the varsity, anchoring the defense of some fine teams.

His senior year was one for the books, co-captain of the varsity, all CVC conference, all-Journal Inquirer team, all state, AND all New England. 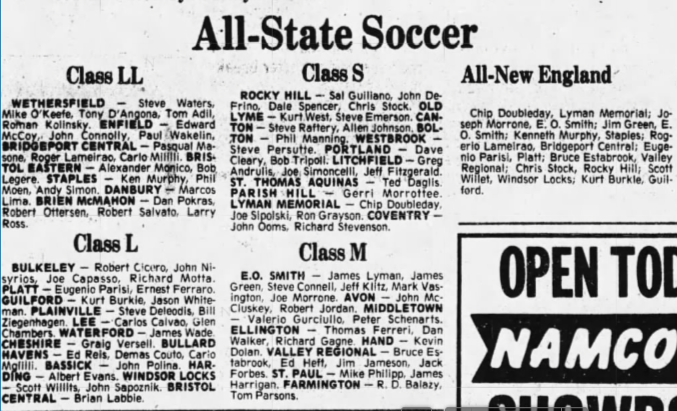 Capping things off, Scott was named the most valuable player of the select soccer camp at the University of Hartford. 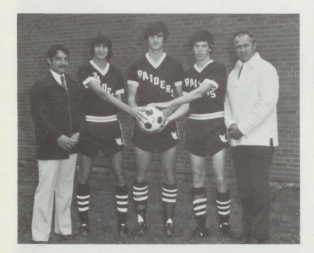 For many years after college, he played in the very competitive over 20,  over 30 and over 40 soccer leagues in the area as a player and then as a player-coach.