Steve Michalewicz’s place in the Hall of Fame was sealed in 1998 when he was named as one of the 44 best players in the first 100 years of football at the University of Connecticut.  The selection came as no surprise to the fans of WLHS football. 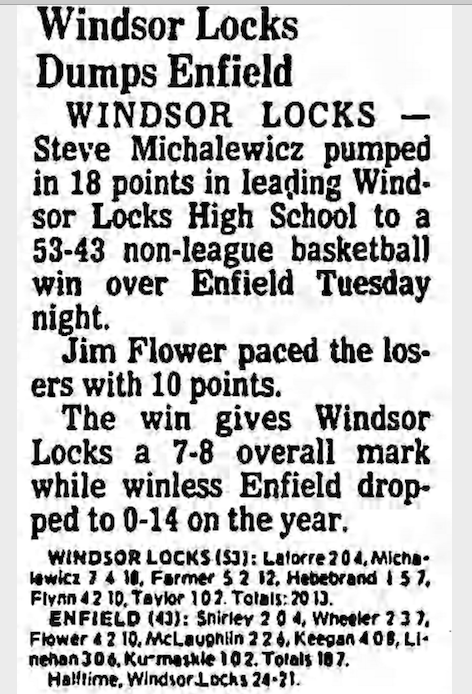 Steve was a 3 sport athlete at Windsor Locks High School.  He was an awarded 11 letters throughout his high school career.  He was one of the best rebounders on the basketball team.  In track, he threw the javelin, the discus and the shot put.  He also ran 220 meters.  But football is where he excelled.  A three year starter for the varsity, Steve was named all-conference his junior and senior years and to the all- area team his senior year. 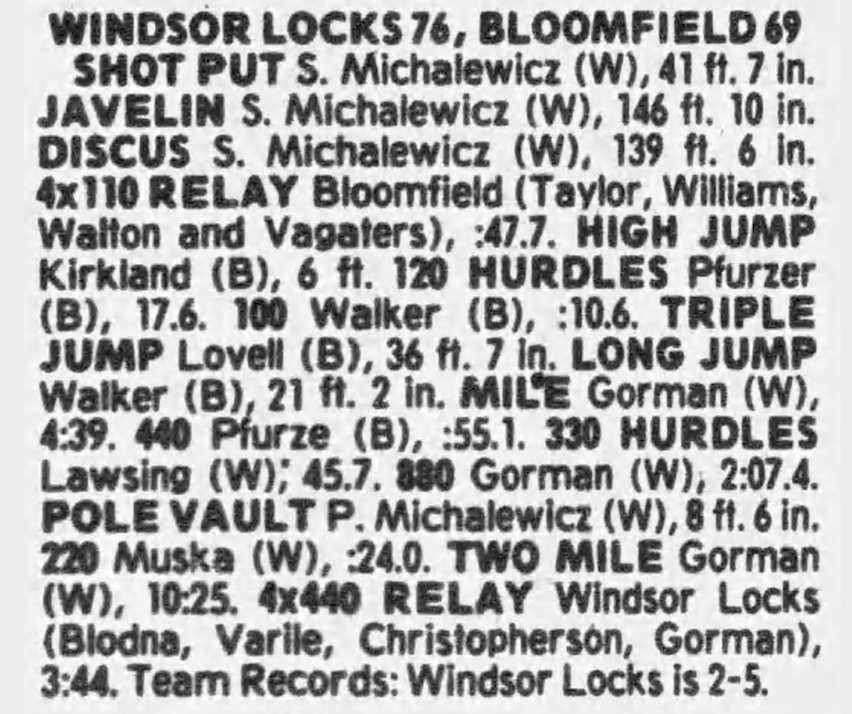 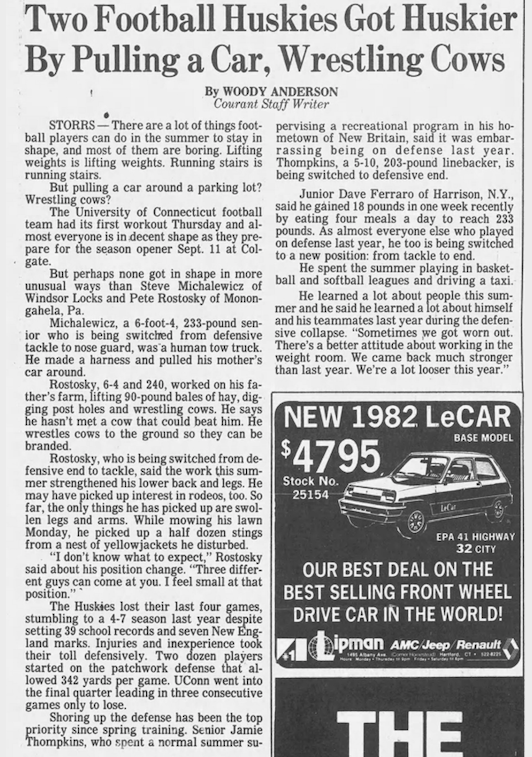 Steve went on to play for four years at UCONN– the first three at defensive tackle, his senior year at nose guard.  He was elected captain of the team his senior year.   After graduation, Steve was signed as a free agent by Seattle Seahawks.  Just before the season started, an injury abruptly ended his professional career. 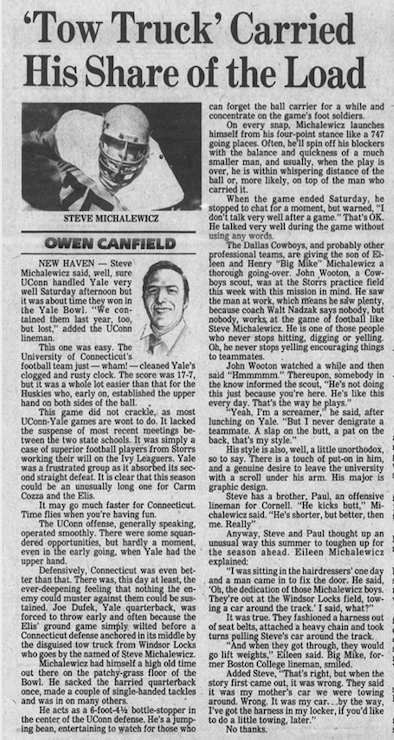 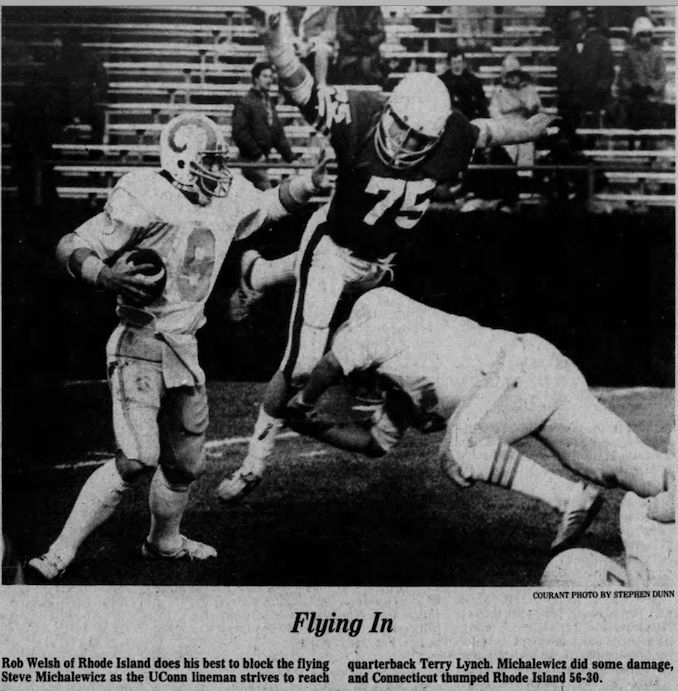 Steve now lives in California.  A Graphic Design major in college, Steve has a successful design business in Huntington Beach, California: Steve Thomas Designs.  He and his wife, Muriel, have been married for 24 years.  No surprise that Steve enjoys many challenging hobbies including kite boarding and sailing.  He also likes to make unique pieces of furniture. 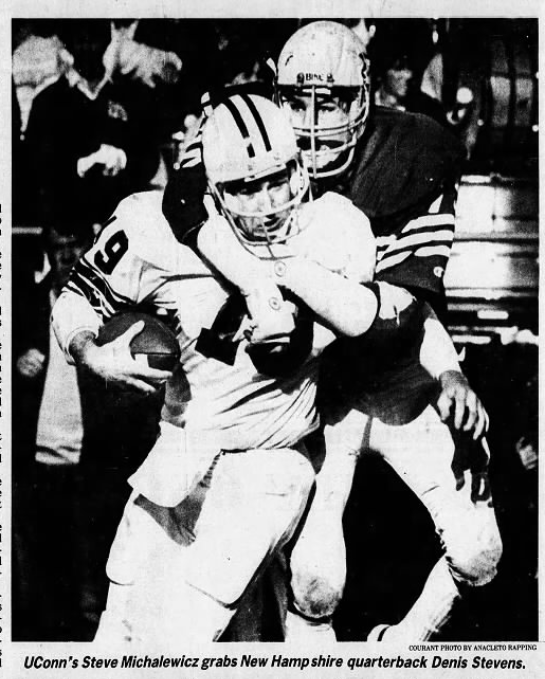 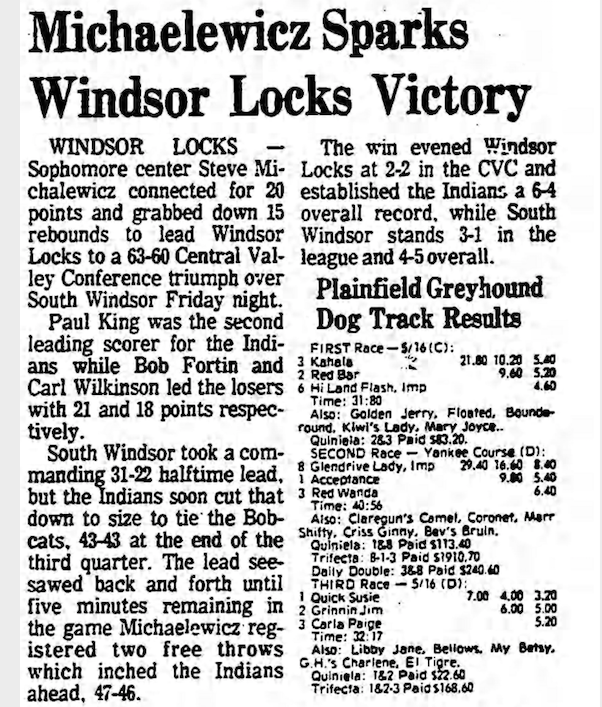 Injuries ended Steve’s dreams too soon.  However, not before he established himself as one of the best football players in the history of Windsor Locks and the University of Connecticut, credentials shared by few of his fellow Hall members.