Sue Tremblay graduated from Windsor Locks High School in 1984. She excelled in basketball and tennis all four years. 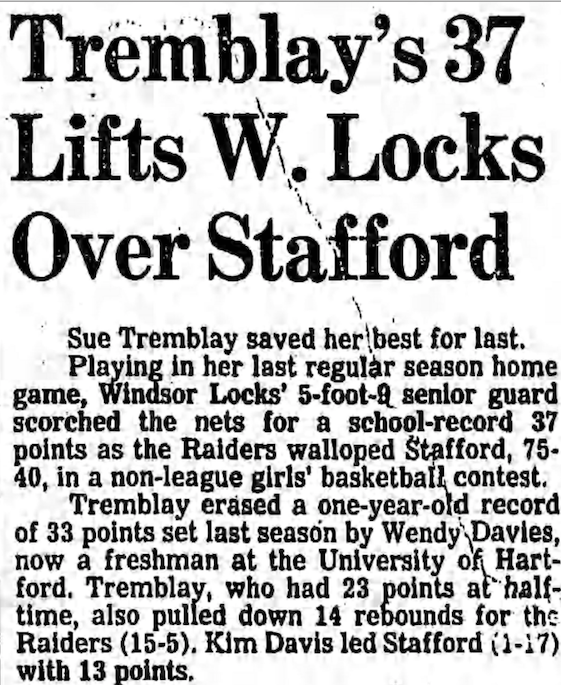 After a great start as a freshman junior varsity player, Sue played varsity for her remainder 3 years. During her junior year, she averaged 18 points per game, while in her senior year her average was 25 points per game. 1984 was a banner year for Sue. She set a school single-game scoring record of 37 points, hit her 1,000th career points, and was voted CVC All-Conference and All-State Class M. Outside of high school, Sue  played for the AAU Connecticut Junior Olympic team, traveling to New Mexico for the tournament.

When the winter weather broke, Sue could be spotted on the tennis courts, continuing her athletic success. Freshman year she played 1st doubles, while during her sophomore, junior, and senior years she played 1st singles. In both her junior and senior years, she played in the state tournament. As captain of the team in 1984, Sue reached the singles quarter finals. 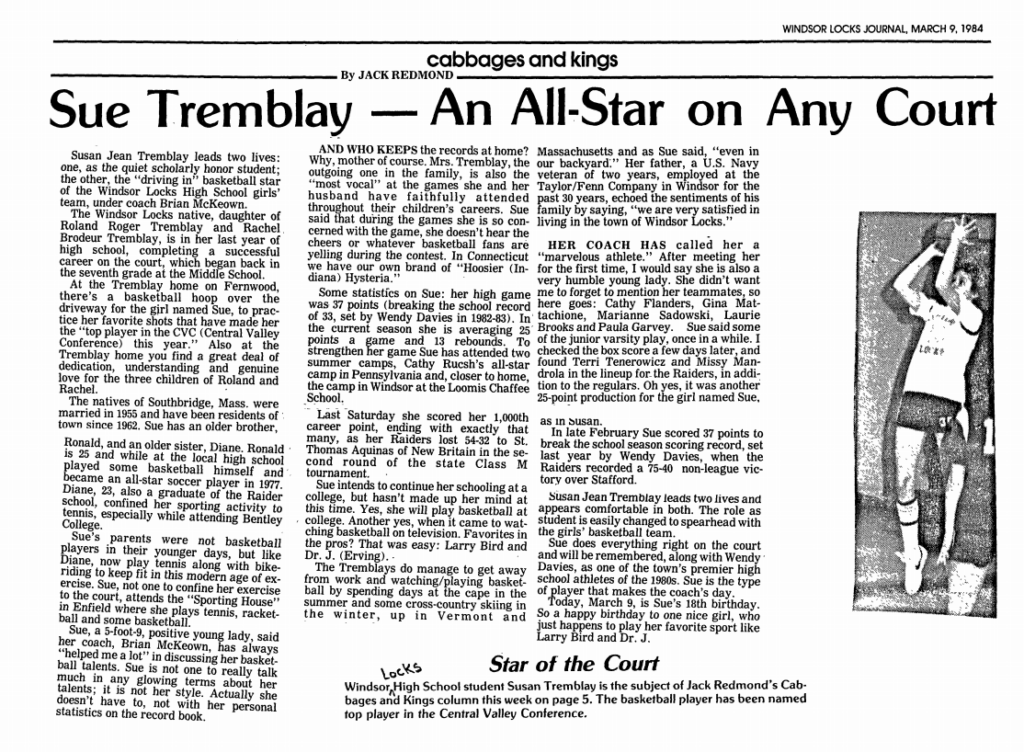 After graduating from WLHS, Sue attended the University of Hartford on a partial basketball scholarship. Her outstanding achievements were frequently mentioned in our local newspapers.
Currently, Sue works in financial analysis for ING. She resides in Colchester where she enjoys bike riding, the beach, and traveling. She still does play some basketball and tennis but only for recreation.