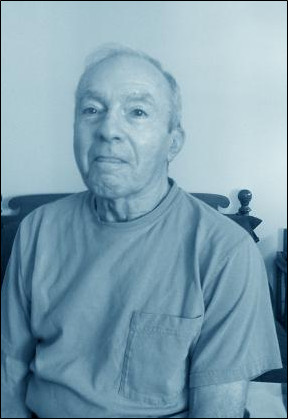 William Stone, “Billy” as he was fondly known, grew up in Windsor Locks and played baseball, football and hockey.  He excelled in all three sports.  Billy pitched for the Windsor Locks High School baseball team, graduating in 1952.  A cherished memory was when Coach Bob Jackson had Billy pitch against Suffield on the day his father, Louis Stone, passed away.  Windsor Locks won 8-7 and after the game, a player from Suffield, Dan Sullivan, offered his condolences, shook his hand and congratulated him on a good win.  After graduation, Billy pitches for many teams in the industrial leagues including Hamilton Standard, Kaman and Pratt & Whitney.  Bill also played football for a few years for the semi-professional Windsor Locks Rams.  He played quarterback and safety.

In the early 1950’s, Billy coached the sport he loved most when he began coaching a youth hockey program.  In the early years, practices were conducted at “the basin.”  Billy’s passion was for hockey.  As the hockey practices grew in popularity, an outdoor rink was constructed in the 1960’s at Denslow Park.  Practices and some home games were played in Windsor Locks.  Billy coached many local players for several years before moving on to become head coach of the hockey team at Suffield Academy for 10 years where he was still able to coach some players from the Locks.  He again coached younger boys for the Northern Connecticut Flyers with players from Windsor Locks, Suffield and neighboring towns.  He also had a 4-year stint as assistant coach for Enfield High School.  He recalls early morning practices, driving Stone Bus Company buses to games and lifelong relationships with individuals he would never have met if it weren’t for his love of the game of hockey.