Bob Fraher’s athletic ability was inherited from his father Jack, a star athlete at Manchester High School who played minor league baseball for the Boston Braves.

At Windsor Locks High School, Bob made a name for himself; particularly on the basketball court where he was a star on one of the finest teams that the school has ever seen.

In the 1960-61 season, playing alongside fellow Hall of Fame inductee David Lingua, Bob was a prolific scorer and a strong rebounder on a team that lost to Bloomfield in the state finals. 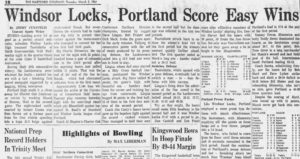 Alternating between center and forward, Bob scored 264 points for that team which had gone undefeated in the regular season. Bob scored more than 30 points in three games that year. 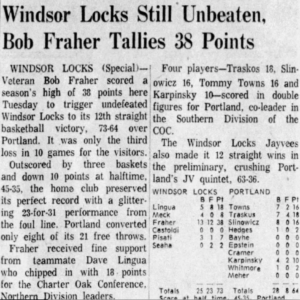 Along with Lingua, he was selected to the All State Team. His senior season capped a fine basketball carrier at WLHS where he was a three-year starter for Coach Al Shapiro.

On the baseball diamond, Bob showed himself to be a talented infielder and a strong hitter; earning a batting average of .400 in his senior year. 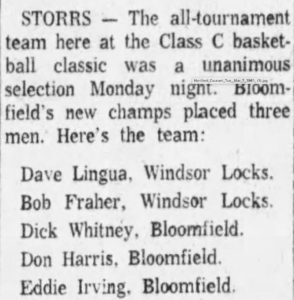 After high school Bob earned an athletic scholarship to the Arnold School of Education at the University of Bridgeport. Bob played basketball at Bridgeport before enlisting in the United States Navy. 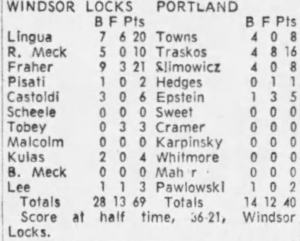 In his Navy years, he played for the Tactical Air Squadron 21 (Tacron 21) basketball team and was selected to the All-Navy Team.

Bob Fraher is one of those talented athletes who excelled at any sport. Golf, pool, ping pong, handball, racquetball; if a ball was involved, Bob played it well.

Yet we will remember him most for his senior year at WLHS when he was a key reason the hoop team was almost perfect. 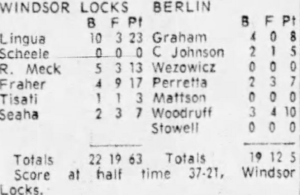