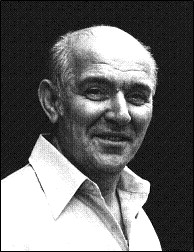 The 1940’s and 1950’s were a much simpler time. The era had no internet, cell phones did not exist, 24 hour news programs were not thought of and getting local sports news was, at best, something that was very difficult.

At that very moment, a young man was making a name for himself in Windsor Locks sports as an outstanding athlete and great town’s fellow. His name was Carmen Guido, Sr.

During the years from 1942 through 1946, he attended Windsor Locks High School where the current Town Hall now stands. 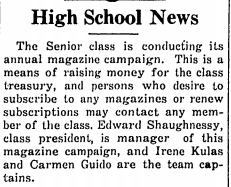 Carmen played the two sports that existed at WLHS at that time, which were baseball and basketball. He Lettered in both.

In basketball Carmen was a fast point guard with one of the deadliest “corner” and “top of the key” shots of the day. 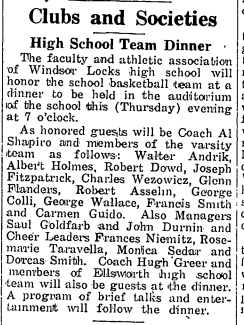 In baseball he was the ACE of the pitching staff compiling a 62-14 Won-Loss record spanning his high school and AA careers. 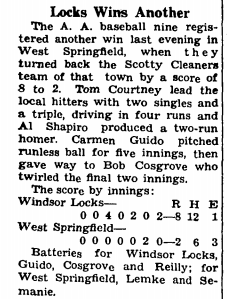 When not on the mound, Carmen’s consistent hitting insured him a starting spot in every game at first or third base. 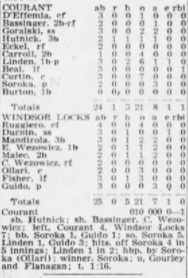 Carmen’s contributions to athletics in Windsor Locks began in 1942 as a freshman in high school. Windsor Locks at that time was a two sport, division “C” school that often played “up” one division to “B” and at times even “A” schools.

In this era, freshmen were not allowed to compete on varsity teams. Carmen however, was asked to join the varsity basketball team to compete in tournament play in that winter of 1942.

Also, in the summer of 1942, Carmen played on the American Legion State Championship baseball team.  He was known to his teammates as “Music Guido”, (From Bizet’s Opera, Carmen), and immediately became a star pitcher.

The following year as a sophomore, Carmen made varsity on both the basketball and baseball teams where he would play until graduation in 1946. The coach at the time was Al Shapiro.

Just one of Carmen’s memorable achievements was a No-Hit, No-Run game against Suffield High. 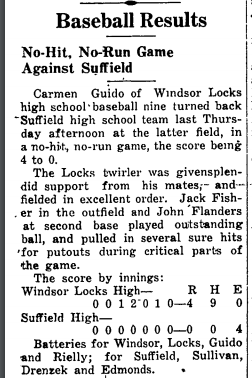 Upon graduation from high school, Carmen continued his love for baseball and played for the WL town team known as the AA’s. He excelled while playing for the AA’s in both pitching and hitting. 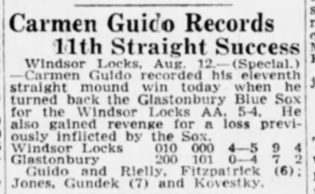 His playing years as a pitcher for the AA’s spanned 1946 through 1955. He was looked at by pro scouts but instead was drafted into the army. 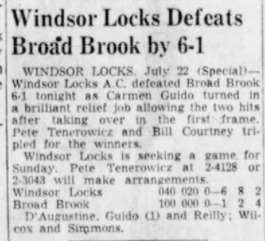 During the 1960’s he was also a key player for the fast pitch softball team known as Bretts Insurance, which was a championship team in its respective division.

Carmen moved to Windsor Locks in the early forties and immediately took residence on Church Street. 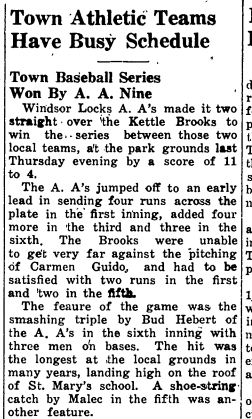 After graduation, Carmen began working at the Montgomery Company on Main Street in Windsor Locks. 1950 he was drafted into the armed services where he served in the United States Army during the Korean Conflict.  Carmen saw action as a Combat Medic and was promoted to the rank of Staff Sergeant in field operations in South Korea. 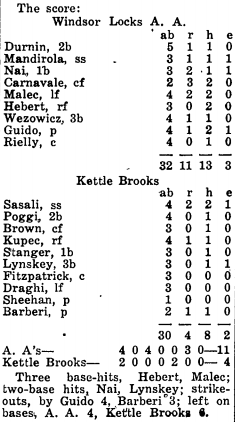 Upon discharge from the army, he returned to the Montgomery Company and worked until 1986 when he retired after forty-four years of service. 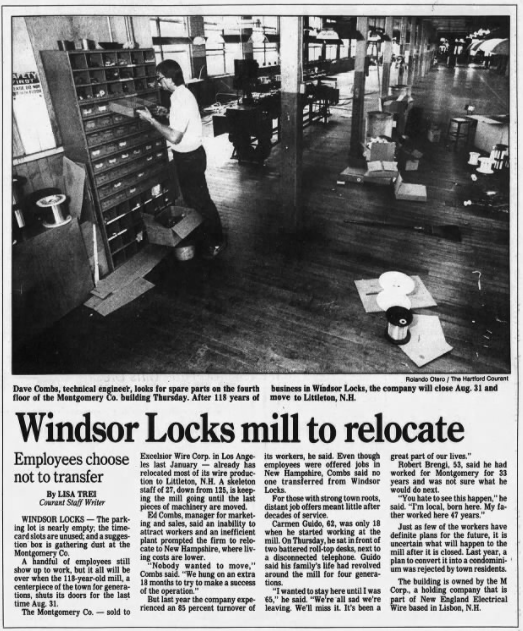 During his sports run Carmen played alongside, or against, fellow Hall of Famers:  Russ Mattesen, Dan Sullivan, Joseph Fitzpatrick, and Elias “Spud” Shapiro. 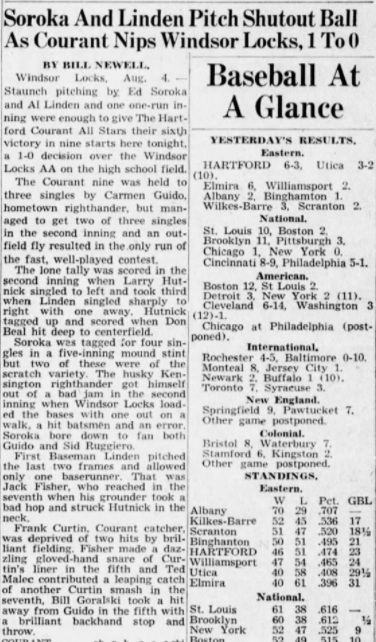 Carmen had a twin brother Dominick, who was also athletically talented, and the pair was often referred to as the “dynamic duo.” 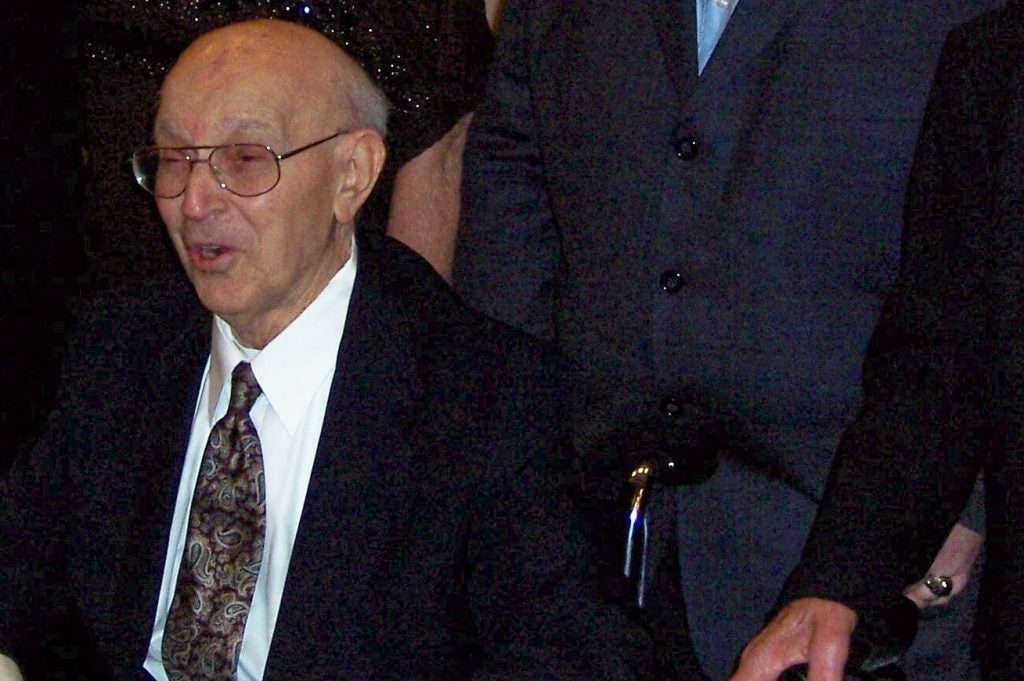 As vintage as our original train station or the now absent Rialto Theatre, Carmen will be remembered as a gifted athlete, a lifelong resident and one of Mill Town’s classiest treasures.