Swish, swish, swish… with a silky smooth shot, Glenn Flanders could fill up the basket with the best of them.  Before he was finished with his basketball career at Windsor Locks High School he would score more than 1000 points and collect all the honors the Connecticut Valley Conference had to offer.

Like so many Lockstowners, Glenn learned the game at Pecsi Park; schooled by the likes of Luke Sharp, Perry DiPrato and Terry and Dennis Jubrey during Saturday morning pickup games.  In one summer league game at Pecsi, Glenn outscored future college star and NBA player Vinny Del Negro. 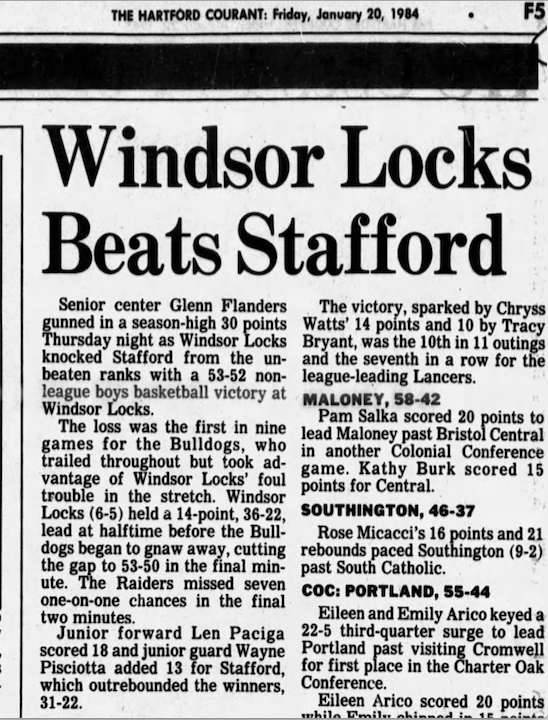 In high school, Glenn averaged more than 20 points per game his junior and senior years while playing against larger schools and without the benefit of the 3-point shot.  He scored 34 points twice against powerhouse Bloomfield and 32 points against rival Suffield the night he reached 1000 points.   Although he was known for his scoring, Glenn was also the team’s leading rebounder for three years.   He was voted all Conference his junior and senior years and was selected second team All State his senior year.  In the Spring, Glenn was a member of the golf team and was selected as the team’s captain his senior year. 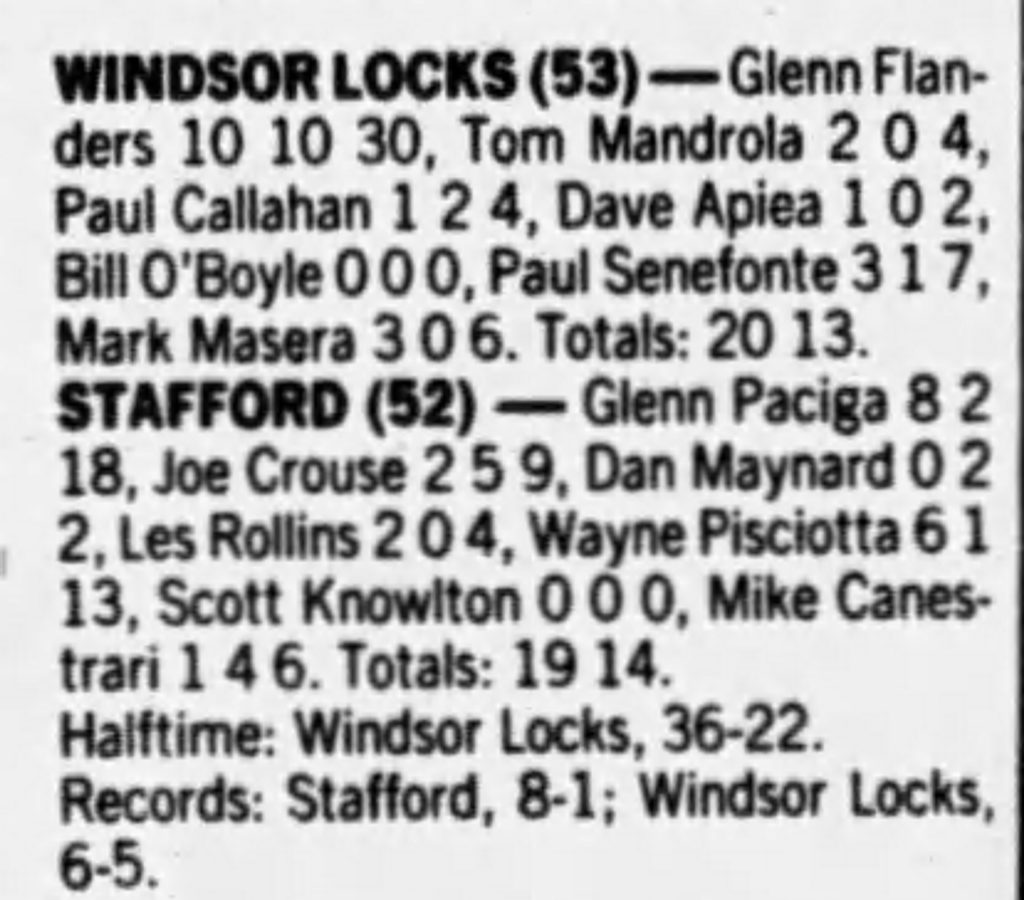 After graduating from WLHS Glenn took a postgraduate year at the Williston North Hampton Academy where he continued his impressive play.  Glenn was selected second team all league in the Western New England Prep School League.  He went on to play one year of varsity basketball at Manhattanville College.

Glenn now teaches Cooperative Work Education, Civics and History at South Windsor High School.  He has kept close to the game by coaching women’s basketball.  Before taking the job in South Windsor in 1999, Glenn taught at an alternative high school in Amherst, Massachusetts.  In his free time Glenn still enjoys playing golf and following UCONN basketball and hockey.

Glenn comes from a well know family which left a deep imprint on Windsor Locks. His father ran a successful insurance agency in town and was a fine ballplayer, as were his uncles.  His mother and his uncle John were teachers in Windsor Locks and John was a coach.  Glenn’s siblings had their own athletic successes at WLHS and his sister Cathy was inducted in to the WLAHOF in 2009.  His grandfather Cy was responsible for founding the Windsor Locks Public Library and worked tirelessly on behalf of the handicapped.  Cy was an avid sports fan who watched every game Glenn played, dutifully keeping track of the points he scored.  Swish, swish, swish… Glenn kept him busy.