Based upon a career of superior bowling performance in local, state and regional competitions, Sonya has achieved many outstanding high game,

series and average honor scores, and tournament championships in the competitive sport of bowling.

Sonya is the fourth of only 16 women bowlers to be inducted into the United States Bowling Congress Connecticut Bowling Hall of Fame.

Sonya enjoyed the sport of bowling so much that she served as tournament director for the New England Women’s Bowling Association (“NEWBA”) and ran tournaments for over 20 years. 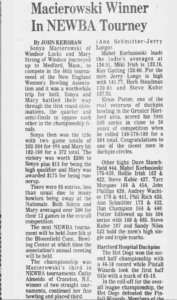 She also worked as the office manager for the Professional Bowlers Tour stop at Bradley Bowl. In addition, she served as league secretary for many bowling leagues over the years and wrote bowling columns for local newspapers and bowling publications. 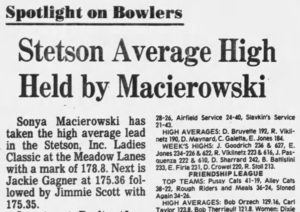 Her dedicated service to the sport of bowling was recognized when she was awarded the Distinguish Service Award by the Metropolitan Bowling Writers Association.

Sonya grew up and lived on Dexter Road in Windsor Locks for over 50 years. She is a graduate of St. Mary’s Parochial School and Windsor Locks High School Class of 1956. 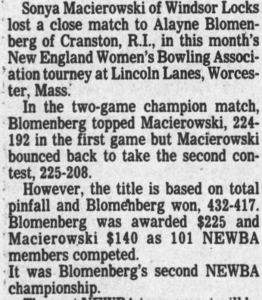 Outside of bowling, Sonya worked as an office manager or executive secretary for over 40 years for Goodyear, Canada Dry, and Combustion Engineering until she finally retired in April 2012 from Westinghouse. 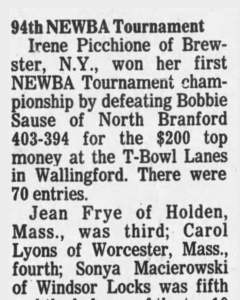 Sonya has two sons, Ted and Richard, both Windsor Locks High School Graduates, and successful bowlers in their own right. In fact, Richard is also a Connecticut Local and State Bowling Hall of Fame member.  Richard was inducted into the WLAHOF in 2016. Sonya’s granddaughter, Leanna, is also following in her bowling footsteps. 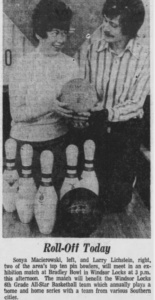 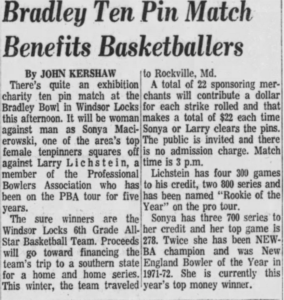 Both on and off the lanes, Sonya has always served as a positive role model for others, displaying tremendous personal integrity and character. 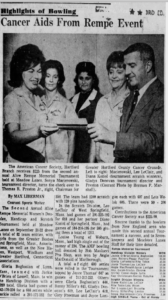 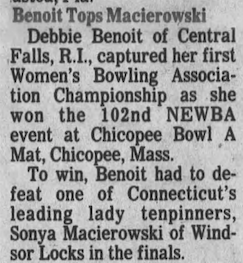 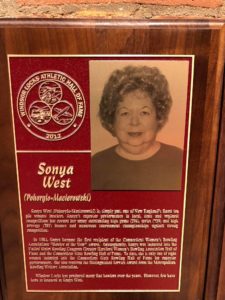