Nothing brings out the best in people more than teamwork.  In sports, as in life, it is an essential ingredient to success and no one exemplifies this better than Tom Koren. 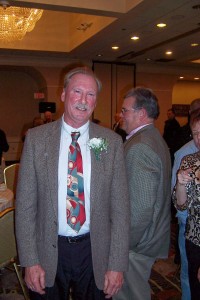 Tom came close to sharing his considerable talents with a town other than Windsor Locks.  The Korens moved to Florida for a year before returning to Windsor Locks in time for Tom to become a starter for the basketball team.  Three exciting and record-breaking seasons ensued. 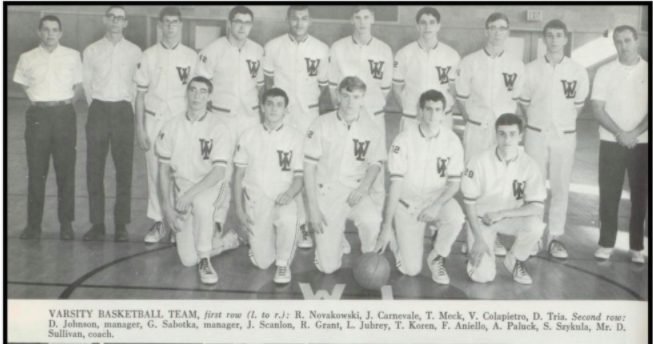 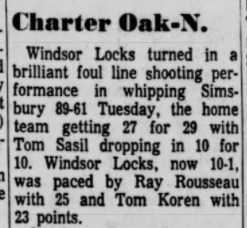 At Coach Dan Sullivan‘s suggestion, Tom played soccer his senior year to help keep him in shape for the upcoming basketball season. 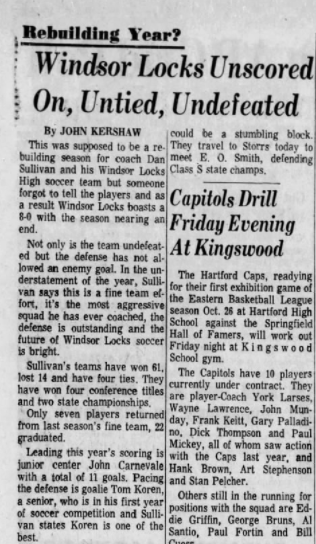 As starting goalie, his first 9 games were shutouts.  Just 2 goals were scored that season against Windsor Locks with the team finishing the year with a 12-1 record. 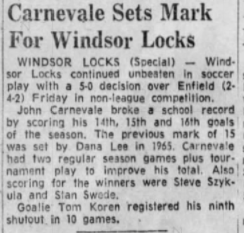 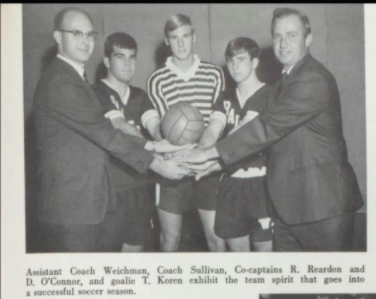 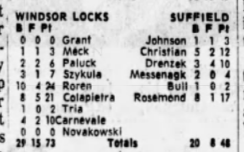 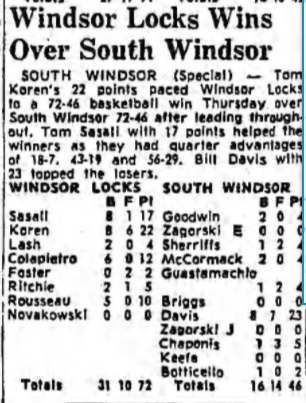 That extra effort playing soccer his senior year paid off when basketball season came around. 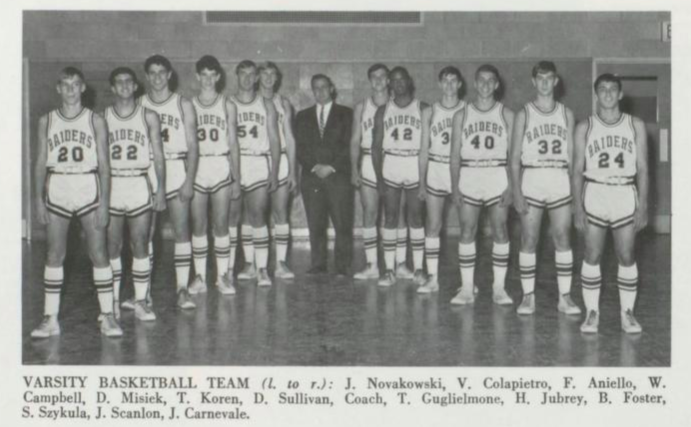 Tom scored a total of 432 points that year, averaging 15 rebounds and 23 points per game.

The most memorable game that year was against Ellington, where Tom scored a record 44 points. 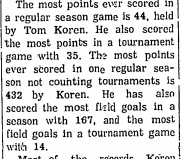 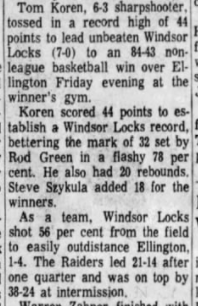 Tom completed his 3 years of high school basketball with 1,119 career points.  He was selected to the All State Basketball Team and the All Suburban High School Team.

He and his fellow basketball teammate and fellow WLAHOFer Vin Colapietro, were co-recipients of the James Downes Memorial Sportsmanship Award. 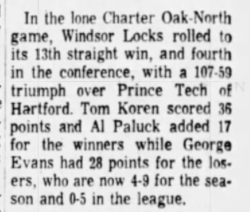 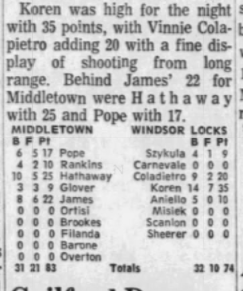 After graduating from Windsor Locks High School, Tom entered the IBEW apprenticeship program to become an electrician.  Once his training was completed, Tom traveled throughout the United States, applying his trade and seeing the sights.  He came home to Windsor Locks for the wedding of a high school friend where he met his wife, Barbara.  They have been happily married for the past 38 years, sharing their love of sports, fishing, gardening and political debate.

When Tom looks back on his high school athletic career, he cites the support he received from his family, especially his mother who never missed a game, Coach Sullivan who knew how to push him to become the best he could be, and his teammates for their selfless and dedicated efforts.   In the late 60’s, the gym at Windsor Locks High School was filled with 1000 fans for every home game.

The quality of the basketball that was played by those teams is unmatched.   And in the middle of it all was Tom Koren, a prolific scorer, a dependable teammate, a winner. 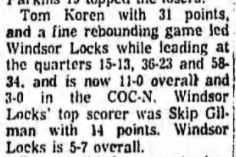